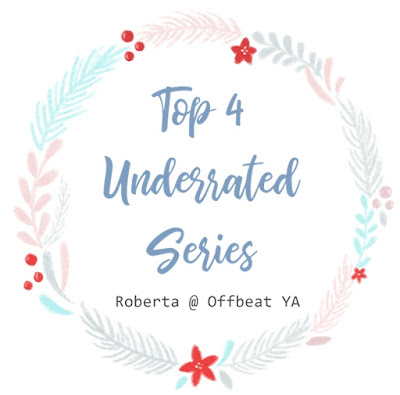 This post is part of A Winter's Tale, an event running through December for which we invited eight of our favorite bloggers to talk about their favorite books, authors etc. or share an interesting discussion. They have gone all out and gave us even better, more professional content than we expected, which is to say something. If you're here, don't forget to enter our month-long international giveaway here.

Today, we are happy to welcome:

Roberta from Offbeat YA!

We've been huge fans of Roberta and her blog for a long, long time now, so it was a no-brainer that we wanted her to be a part of this event- especially since this isn't Christmas-themed because - for those of you who don't know this already-  she isn't the biggest fan of Christmas ;) Anyhoo, we're happy to have Roberta here with us today and we love what she's come up with for us- hope you do too!

Hi Regal Readers! Roberta from Offbeat YA here. Vera was so kind as to ask me to participate in TRC's December event, and I jumped at the chance of spamming... I mean... creating content for this awesome blog. Since I'm passionate about indie/small pub/all along underappreciated gems in the YA field (hence my blog's name), I decided to talk about some of my favourite underrated series today.

Please bear in mind that the only reason why a couple of them only have a handful of reviews on Goodreads is that small publishers don't have the resources to market their books - therefore, the authors ultimately decided to take matters into their own hands and give the series the ending they deserve, no matter what. (Plus, not everybody leaves reviews on Goodreads. Shocking, I know). So, when I say "in progress", it does mean the story will get wrapped up eventually! Soon or soon-ish. OK, end of rant. Here goes... 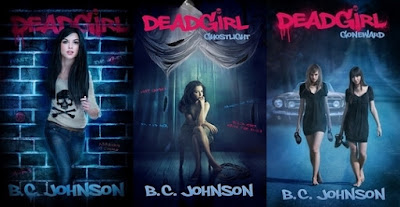 THE GIST: Lucy Day gets murdered at 15 on her first date. That's the epitome of bad luck for you. Except the next day she wakes up... seemingly alive and whole. If it sounds too good to be true, it's because it actually is. Lucy is neither a zombie, nor a ghost in the classic sense - she’s just the girl who refused to die. That comes with a catch though... or maybe a bunch of them. Her grim reaper is more than mildly upset, she takes it upon herself to battle a rapist cult while starring (so to speak) in a school play, other entities are on their tail, her love life goes awry, and her friends get into some deep shit because of her (but they stay loyal, because really, it's not Lucy's fault - plus they're a bunch of awesome fellows). Oh, and... she must find a way to stay solid. All peppered with wisecracks, girl power, pain, fun and heart(break).

IN SHORT: A fabulous read about being young, passionate and hungry – literally – for life. 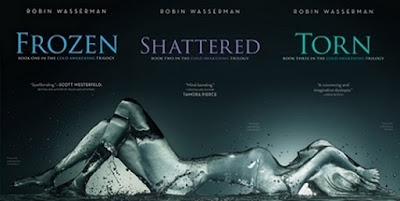 THE GIST: Lia is - let's get it out of the way - your average spoiled brat. Then, after a terrible accident, her brain is downloaded into a mechanical (albeit apparently human) body. She's not the only "mech" around, but this doesn't mean her new life is easy. Even her family ultimately proves unable to deal with what she's become... as does Lia herself. She soon realises that she has to embrace what she is instead of faking being human, and join her new "mech family" - all the while trying to recreate what human experiences she can in her synthetic body. The funny thing is, mech Lia is still a flawed character... nonetheless, she comes across as more "human" now that she's technically not "human" anymore. Throw in a bioterroristic attack that the authorities try to pin on her, a cult trying to reduce mechs to thing status, heartbreak and betrayal (of the mech kind, but no less real for that), a virus that can wipe mechs out forever, and you have a heck of a series that I can't for the life of me understand never becoming what you'd call "popular".

WHAT'S TO LOVE: Not overly original premise brought to excellence. Strong, imaginative world-building. Well crafted, emotion-conveying prose [I QUOTED ALL THE QUOTES OK]. And most of all, great blend of speculation ("what makes us human?") and action.

IN SHORT: A thought-provoking, in-depth look at what defines our humanity - or our lack of it. 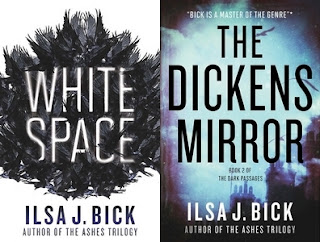 THE GIST: A bunch of teens and a kid find themselves stranded in dangerous, twisted places and times, and realise not all of them might be real, but just a figment of someone else's imagination. Or maybe none of them are real...or maybe all of them are, but have been picked from different universes/times, or actually a version of them exists in more than one...But one thing is sure: while making friends and battling enemies, surviving unimaginable horrors and trying to understand their predicament, each and every one of them puts on a brave face and never doubts they're flesh and blood.

WHAT'S TO LOVE: Breathless, mind-blowing story about how stories/characters are born and bleed into our lives - or our lives bleed into them. Twist and turns that in no way you can see coming. Powerful, creepy imagery. Resilient 3D characters that can't seem to buy they're just ink on paper.
IN SHORT: Metafiction and multiverse galore with top-notch horror and very much real kids.

THE GIST: Orphaned, "troubled" 17 y.o. Astrid gets sent to a facility for damaged teens. Here she befriends Max (on the ground, but not only, of their both being parent-less), and starts to realise that most of her fellow inmates are, as a matter of fact, "just" kids with paranormal abilities, whom a secret group is experimenting on. Told in alternate chapters by Astrid and Max, the series follows them and some of their newfound friends while they ultimately break out of the facility and try to find a safe haven, plus (of course) to tear down the evil masterminds behind it all - and, last but not least, to uncover the truth about themselves.

IN SHORT: "Special" and "normal" (???) kids band together against their powers' exploitation and try to find answers while forging strong friendship bonds.

OK, so...that's it. Thanks for your patience, you awesome Regal Readers. I hope you'll consider adding the series above to your ever-growing TBR list. Please let me know in the comments if some of them struck your fancy! Thanks again Vera and Clare (and Ruzi, from her hiatus cave) for asking me to be a part of this event. Bless you all and Happy Holidays!