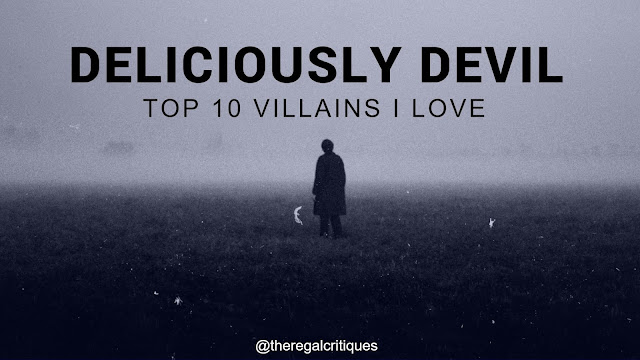 Villains are the ultimate guilty pleasure. Whether we love-to-hate them or hate-to-love them they capture our imaginations in a way heroes very seldom do. Today's Top Ten Tuesday hosted by That Artsy Reader Girl was such a perfect Halloween theme! My picks are a mix of vilains I love (who kinda maybe have a point?) and villains who are so cruel and hateful and yet I love reading them anyway!


The Darkling from Shadow and Bone by Leigh Bardugo

Maybe a bit of an obvious pick this. The Darkling is the ultimate in relatable yet hateful villains. I love him to bits but want to scream at him for so many of the things he does. He also has a super solid origin story (although sometimes I love having a villain who was just born evil).

Umbridge from the Harry Potter Series by J.K. Rowling

I think we can all agree that whilst Voldemort is more outright evil its Umbridge who most scared us/we most hated. I saw somebody once explain this by pointing out that whilst most of us wont have encountered many terrifying dictators out to commit genocide, we will have encountered those people in minor positions of power (ie. teachers) who use every bit of that power to squash you down. I've met Umbridges. We probably all have, and that's what makes her so terrifying.

A from Pretty Little Liars by Sara Shepard

OK so I'll be honest - I've never actually read the books (although I have a solid grasp of the main differences between them and the show). But A is the perfect example of fearing the unknown and kinda being your own worst enemy. The best villains use you against yourself and A does that with such style.

The House in The Haunting of Hill House by Shirley Jackson 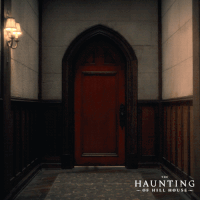 This is massively on my mind at the moment having just finished the Netflix series (more on that to come in another post). But in the book the house is the perfect villain. I love when authors make a location into a character in its own right and that was done so well here. We're left questioning the MC's sanity (and I'll be honest even my own perception) because the house messes with your head so much. It's brilliant.

The White Witch from The Chronicles of Narnia by C.S. Lewis

Y'know, if the White Witch got on board with Christmas and Halloween I could totally get behind her. She has an amazing aesthetic, I love winter. I don't love Turkish Delight but otherwise - she has a solid point. She was also incredibly scary to childhood me and a really good lesson in not accepting sweets from strangers.

Naughty John from The Diviners by Libba Bray

Every evil thing and person in this series is excellent but Naughty John is the first and best. He is so brilliantly creepy and horrifying. This is one of the few books that actually scared me.

The Queen of Hearts from Alice in Wonderland by Lewis Carroll

Not to be confused with the Red Queen! The Queen of Hearts was my first ever experience of villainy (literally this was the first book I ever read) and has remained fixed in my mind as what all villains have to live up to ever since. She is so twisted and so cruel and absolutely bizarre and I love her.

President Snow from The Hunger Games by Suzanne Collins

A masterpiece in creepiness (the roses???) and so very manipulative. There is another villain in this who I kinda hate more but that's a spoiler and I know these books came out a long time ago but I'm not gonna be the spoiler of something. President Snow is the perfect example of a villain who thinks he is doing the right thing. Or maybe he is just power mad. You decide.

We do get a backstory for Levana from Fairest but I feel like reading it gave me even more questions than I had before. She was so twisted even from the beginning but I cant help feeling sorry for her one second and wanting to yell that its all her own fault the next.

God I love Amy. So manipulative and selfish. She is the kind of character I really enjoy reading about (like a modern day Scarlett O'Hara or Becky Sharp). Technically almost every character in Gone Girl is awful but Amy is the one who stands out as the most interesting.


Let me know some your favourite villains or leave a link to your list in the comments so I can check it out!
Written by: Dual Reads date: 05:00