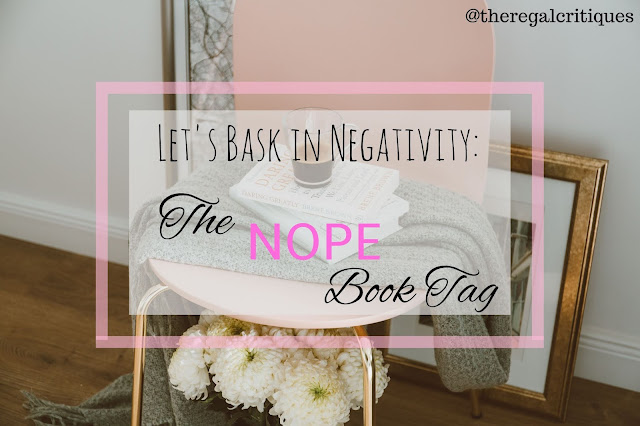 I don't know about you, but whenever I'm angry or disappointed because of a book, I like to get it out of my system by talking about it with others. Which is what I'll be doing today - and, boy, am I going to be sharing some unpopular opinions! So, lay back and get ready for MY RAGE (just kidding), and then come and discuss your opinion in the comments, EVEN IF IT IS DIFFERENT FROM MINE! That's the most fun, to be honest.

A book ending that made you go NOPE either in denial, rage, or simply because the ending was crappy.

I mean, I liked Leah on the Offbeat, (although I expected more), but the ending was SO RUSHED it felt like someone shut Albertalli's laptop while she was still writing. The email at the end redeemed it a bit, but that was far from being enough.

2. NOPE PROTAGONIST:
A main character you dislike and drives you crazy. 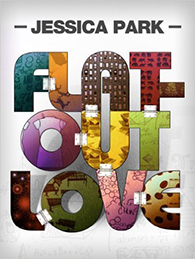 Julie was a shit person, no other way to say it. She was an asshole to people for no reason, thought she was the bestest of the best, was condescending to her mother (who did nothing wrong, fyi), and treated A CHILD in a way that I found highly problematic and horrid. Don't be like Julie, I beg you.


A series that turned out to be one huge pile of NOPE. after you’ve invested all of that time and energy on it, or a series you gave up on because it wasn’t worth it anymore.

Talk about disappointment. I loved Red Queen, like L O V E D it, and was über-excited for the sequel(s), but wow, Glass Sword was baaaad - so bad I ended up skimming through at least 1/4 of it. *sobs* I never even got started on King's Cage, because I just couldn't bother anymore.

In the previous Illuminae Files novels I've adored the couples, but I couldn't get on the board of the Asha and Rhys ship. Their old relationship sounded toxic as hell, which would have been okay, because people change, but as it had never been addressed properly I couldn't support them in the present.

5. NOPE PLOT TWIST:
A plot twist you didn’t see coming or didn’t like.

I could see the 'big' twist of 13 Minutes coming from a mile away, so, yep, I didn't like it, because it was so damn predictable.

6. NOPE PROTAGONIST DECISION:
A character decision that made you shake your head NOPE.

Children of Blood and Bone is 1000% one of my favorite books of 2018, but I will say that the characters made some pretty... questionable decisions. (Which is understandable!! They were young and inexperienced at saving the world. So see me stand to anyone who complains about them!!) Yet, Inan got on my nerves a tad by being so indecisive and constantly changing his mind about life changing decisions. PULL YOURSELF TOGETHER, BOY.

7. NOPE GENRE:
A genre you will never read.

Hmm, I don't think I have one? I've grown more open to trying new genres in the past couple of years, which has resulted in me having an even longer TBR than before (ahaha as if I needed that) + having a wide variety of favorites in different genres.

8. NOPE BOOK FORMAT:
Book formatting you hate and avoid buying until it comes out in a different edition

Audio books! I know a lot of people adore them, and they do seem like a good idea in theory, but whenever I tried them I kept getting distracted by literally everything.

9. NOPE TROPE:
A trope that makes you go NOPE.

There are so many, you cannot possibly expect me to list one!? I'll say love triangles, which is a hella typical answer, I know! But... they involve a lot of drama, and as I hate drama, those are just the worst for me.

10. NOPE RECOMMENDATION:
A book recommendation that is constantly hyped and pushed at you that you simply refuse to read.

Despite the controversies surrounding Sarah J. Maas' novels, they seem to be everywhere. So many of my blogger friends love her, publishers are forever comparing new releases to Throne of Glass, and one of my IRL-friends is OBSESSED with everything SJM writes. Meanwhile I just couldn't care less about her books. *shrugs*

11. NOPE CLICHE/PET PEEVE:
A cliche or writing pet peeve that always makes you roll your eyes.

The catty ex-girlfriend who will bully her ex's new love interest just because, and who is generally stuck up and mean to everyone. That's one of the most tired and worst cliches out there, and I petition that authors stop using it in the future.

12. NOPE LOVE INTEREST:
The love interest that’s not worthy of being one. A character you don’t think should have been a viable love interest.

Cardan from The Cruel Prince is a massive bully, and, yes, I understand he has his own struggles in life, but... that's no excuse for what he does. If he changed, fine, I'll okay him as a love interest, but otherwise? It's a NO from me.

Btw, I'm not even sure he counts, because he was never quite revealed as a love interest, but I know a lot of people would like it to happen, so here I am treating him as one.

13. NOPE BOOK:
A book that shouldn’t have existed that made you say NOPE.

The ones that come to my mind are all highly problematic, and I have no desire market them to you at all.

14. NOPE VILLAIN:
A scary villain/antagonist you would hate to cross and would make you run in the opposite direction.

The Sea Queen in To Kill a Kingdom is not only a vicious and cruel woman, but she also has exactly zero love for her own relatives, even her daughter or sister. Moreover, she has the whole sea-world under her rule, and I'm a horribly bad swimmer (seriously, it's just tragic), so I'd die real fast if she were to attack me.

15. NOPE DEATH:
A character death that still haunts you.

Do not worry, I'm not about to spoil anything for you! For those who read Bad Blood, you'll know what I mean when I say there was a death towards the ending that wasn't super-shocking, however, the way it happened was disturbing as hell, and made my heart break for one of the main characters.

16. NOPE AUTHOR:
An author you had a bad experience reading for and have decided to quit.

I'll just say it, and hope you won't execute me - Schwab is just not for me. I really loved Vicious, but everything else I've read by her went from okay-ish to meh to did-not-finish.

Have you read any of the books mentioned? Do you agree or disagree with what I wrote about them? If you feel up to it, answer a couple of questions in the comments - I'd love to see your NOPE books. :)