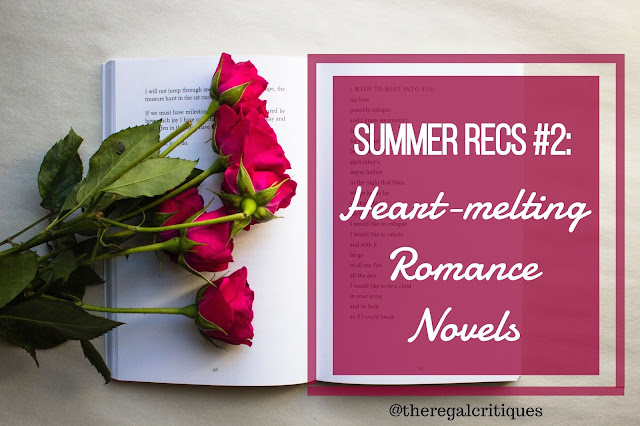 Hello friends! As you might have seen last week, I decided to dedicate my three June-posts to thematic recommendations. My first list concentrated on thriller, mystery and horror novels (see it here), while today's is all about ROMANCE NOVELS.

To clarify, that means that the romance is, in fact, the most important part of all the books I'll list down below. HOWEVER, in most cases there are other equally significant topics broached - from self-confidence, through following your dreams to killing the bad guys... you'll find a pretty solid selection of books here.

THE KISS QUOTIENT: In an attempt to improve her skills in the bedroom, Stella decides to employ an escort, one Michael Phan, to help her. Hilarious, touching (seriously, I FELT THINGS), and adorable - this novel with an #ownvoices autistic representation + Vietnamese-American hero will make you swoon.

WANNA BET? is a quick read that will have you wanting to PUSH THE MAIN CHARACTERS together, because dammit, they obviously luurve each other and need to be together. There's some drama and tension, but it is bearable, because the protagonists are freaking endearing and 1000% ship-worthy. (With that being said, I think I enjoyed Hibbert's A Girl Like Her more... you'll find a link to that down below.)

IF THE DRESS FITS is a rom-com like short novel with a Filipino cast, a fat heroine who LOVES herself, cute dogs, a veterinarian hero and fake-dating. So yes, it has all the makings of an entertaining story, and boy, it delivers!

THE MELODY OF YOU AND ME is a super-quick, super-adorable New Adult novella that will have you BEAMING. The cast is fully made up of diverse women, and you can find SO MANY types of college students in this - some are 100% sure of their goals, others just figuring it out, and then some have zero idea. IT IS GOLD.

COFFEE BOY is the story of Kieran - an out trans guy (#ownvoices!) - who gets the internship of his DREAMS at a political campaign. That's where he meets Seth, a humorless, scowly as hell guy who seems to be watching Kieran's every move. These boys were INCREDIBLY CUTE TOGETHER fyi - you'll love them, too, I can tell.

COLD HEARTED RAKE: Incredible family dynamics, head-strong heroine and THERE IS A PIG IN IT WHO'S CALLED HAMLET. What? Yes, OF COURSE, that's reason enough to pick it up, stop asking dumb shit smh. But seriously, Lisa Kleypas writes GREAT romances (Wallflowers, The Hathaways and The Ravenels series are all I can speak for, though!). The best thing about them is that she puts an emphasis on family and friendship and SUPPORTING each other, and ah, I love the relationships she creates.

THE DUCHESS DEAL is a cute and funny novel where a scarred hero who offers marriage to a seamstress. The core of the deal is that she'll have all the freedom she wants and can live on her own as soon as she gives birth to an heir... but of course #feelings kick in in between all the sarcasm and banter they throw at each other. Besides this, I also loved the Castles Ever After and the Spindle Cove series by Tessa Dare.

THE DUCHESS WAR is one of my all time favorite romances, which is fitting because Courtney Milan is one of my all time favorite authors. In this novel she tells the story of Minnie and Robert, who, on the surface, couldn't be more different and farther in the social hierarchy from each other, but... as circumstances throw them together, they find themselves feeling like their match makes perfect sense. (And it does, they are the precious as hell.) Milan has other historical romances, but, I think, this is my favorite by her. With that being said, the Turner series and The Worth Saga (ongoing) are awesome, too.

PETER DARLING is the Peter Pan retelling we deserve, because... *drumrolls* ... Hook and Peter HOOK UP. #pun And, wow, they are an adorable, wholesome couple, and I was SO SHIPPING THEM. The world building is stunning and creative, while Peter is an #ownvoices, trans character. This is actually my favorite Chant novella, though, Caroline's Heart is another great one.

THE PSY-CHANGELING SERIES is one of my all time faves, and it makes me the happiest little cupcake that Nalini Singh is STILL writing more books. *cries happy tears* I'll say this - I don't love all the books, but most of them are freaking fire. AND the characters are so interesting and all of them are hella different from each other. ALSO, family and friends have a massive role in most of these, and while all the books feature different main characters, the previous ones keep popping up.

TRADE ME, aka one of my all time favorite novels, is the story of Tina and Blake, whose life couldn't possibly be more different. They'll be facing unexpected challenges when they switch lives, and wow, do they end up getting closer to each other! Fantastic and sensitive portrayal of poverty, immigration and eating disorders, as well as amazing family dynamics await you in this masterpiece. (FYI - the sequel, Hold Me, is about Tina's best friend, who is a trans latina!)

WAIT FOR YOU is one of my long time faves, and one that I've reread quite a few times. I absolutely adored the main characters - CAM BAKES, Y'ALL - and was really satisfied with the way their relationship developed. Also, I may or may not have teared up a couple of times.

180 SECONDS is another great one! It is about Allison, a girl who's very cautious when it comes to letting people close to herself. However, when life - or, rather, a social experiment - throws her together with Esben, she cannot help but be swept off of her feet by him. (Can't blame her, he was all kinds of adorable.)

YA That's Fun with No or Little Drama:

THE SUMMER OF JORDI PEREZ is a feel good f/f romantic comedy that will surely melt your heart, even if it is normally mildly frozen. (Hear me, I speak from experience.) The MC, Abby is a fat, lesbian fashion-blogger, who gets the internship of her dreams for the summer... alongside Jordi, a cute and massively talented photographer. Sparks fly, and, well, this summer will surely not be forgotten by Abby.

“No, I wasn’t in love with clothes, but maybe I was in love with how clothes made me feel. I was designing how other people saw me, and that felt powerful.”


- The Summer of Jordi Perez

NOW A MAJOR MOTION PICTURE is massively good, and I'm horribly confused why this didn't blow up more!? It's the story of a girl who is being forced to spend a few days on the set of a book adaptation (I mean, dreams, right? But not for her apparently.) , and who will discover SO MUCH about herself, her grandma (the writer!) and change her outlook on life. With a strong feminist edge and diverse supporting cast, this book was everything I wanted and more.

QUEENS OF GEEK takes place at a book/comic convention, and tells the story of two would-be-couples (one F/F and one M/F). Charlie, a vlogger/actress, and Alyssa, another actress, have been long-time fans of each other, and when they finally have the chance to meet at SupaCon their crushes become 1000x stronger than before. Meanwhile Taylor and Jamie have been best friends for years, and it turns out that Taylor's feelings for him might be reciprocated. There's #ownvoices autism and bisexual rep, as well as POC characters and a lesbian character. 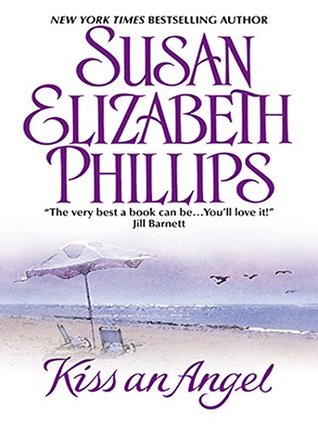 Question Time!
Have you read any of these novels? Do you have any other romance recommendations that I simply *must* check out? Also, what's your favorite genre to read in the summer?
Written by: Veronika @ Wordy and Whimsical date: 05:00