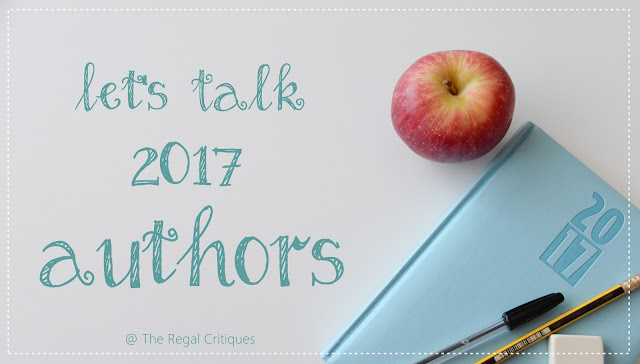 I recently talked about my favorite 2017 debuts and sequels in my past posts. Accordingly, there are three top authors I'm the most pleased about having discovered this year, namely, Angie Thomas, Jenny Han, and S. K. Ali. However there are a few other authors that made into my list of favorites this year apart from these three. So, without further ado, let's take a look at the top six brilliant talents I discovered for the first time over the course of this year! These are not necessarily debuts or authors of books published in 2017, but rather authors I read for the first time this year and would no doubt read more in the future- in no particular order. 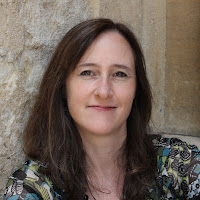 L.A. Weatherly is the pseudonym for Lee Weatherly. Lee Weatherly was born in 1967 and grew up in Little Rock, Arkansas, USA. She lives with her husband in a rambling Victorian house in the Scottish Borders, where she writes all hours, drinks too much coffee, goes on walks, tries out new recipes and has a cat named Bernard.
She is the award-winning author of the bestselling Angel series, along with over 50 other titles for children and young adults. Her books have been published in 20 different languages.

On reading the Broken trilogy by the author, I was immediately hooked- vivid characters, rich settings and the most engrossing writing made me an huge fan and I can't wait to check out more of L. A. Weatherly's works! 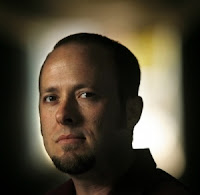 Jay Asher was born in Arcadia, California on September 30, 1975. He grew up in a family that encouraged all of his interests, from playing the guitar to his writing. He attended Cuesta College right after graduating from high school. It was here where he wrote his first two children’s books for a class called Children’s Literature Appreciation. At this point in his life, he had decided he wanted to become an elementary school teacher. He then transferred to California Polytechnic State University in San Luis Obispo where he left his senior year in order to pursue his career as a serious writer. Throughout his life he worked in various establishments, including as a salesman in a shoe store and in libraries and bookstores. Many of his work experiences had an impact on some aspect of his writing.
Jay Asher's debut YA novel, Thirteen Reasons Why, is a #1 New York Times and USA Today bestseller. In 2017, it was released as a Netflix original series. His second YA novel, The Future of Us, was co-authored with Printz-honor winner Carolyn Mackler. His third YA novel, What Light, was released in 2016. And his first graphic novel, Piper (co-author: Jessica Freeburg; illustrator: Jeff Stokely), was released on Halloween 2017. His books are published in 40 languages.

I read Thirteen Reasons Why (tw: suicide, rape, depression) and trust me when I say it was extremely jarring. There are issues that must be acknowledged, like the romanticizing of suicide, but I found it justifiable in the book's context and I found the book and writing (and the show too) to be really, really good. Maybe check out a few of these before you pick the book up and/or watch the show, though: 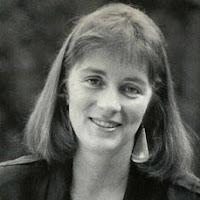 Vicki Covington lives in Homewood, Alabama with her husband, the author Dennis Covington. She has taught creative writing at the University of Alabama at Birmingham. Vicki's novel, The Last Hotel for Women, was converted for the stage by her brother, playwright Randy Marsh, and was performed before sell-out crowds. It was also chosen by the University of Alabama Press for their Deep South series.Vicki Covington quit writing 15 years ago after four novels and a couple of nonfiction works, and made a comeback this year with Once in a Blue Moon, a novel set on Cullom Street in Birmingham’s Glen Iris neighborhood during Barack Obama’s first presidential campaign.

Vicki Covington's Once in a Blue Moon was an extremely unique, important book that was set during the year of Obama's first presidential campaign. It follows a set of brilliantly diverse characters and works as an effective study of life itself. Check out my review here to see more about this gem of a story! 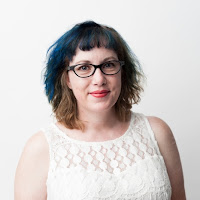 Kathleen Glasgow lives in Tucson, Arizona. She likes Tyrion and Shireen, musty old paperbacks from used bookstores that have cats wandering the aisles, cheesecake, coffee, and the Isle of Skye. Her ownvoices debut, Girl in Pieces, has been named to best of lists by The New York Public Library, Amazon, TAYSHA, Goop, TeenVogue, BN Teen, Refinery29, EW.com, TeenReads, and more. Her second young adult novel will be published by Random House/Delacorte in 2019.

Girl in Pieces by Kathleen Glasgow is no doubt one of the most honest, raw and real books with mental health rep out there. Being #ownvoices only adds to the authenticity of the book. Pick it up if you haven't already and thank me later. (tw: self-harm, rape, abuse, addiction, drugs, alcohol) 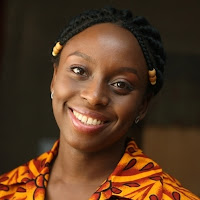 Chimamanda Ngozi Adichie is a Nigerian author. Her best known novels are Purple Hibiscus (2003), Half of a Yellow Sun (2006), and Americanah (2013).She was born in Enugu, Nigeria, the fifth of six children to Igbo parents. She studied medicine and pharmacy at the University of Nigeria for a year and a half. At nineteen, Chimamanda left for the U.S. to study communication at Drexel University in Philadelphia for two years, then went on to pursue a degree in communication and political science at Eastern Connecticut State University. Chimamanda graduated summa cum laude from Eastern in 2001, and then completed a master's degree in creative writing at Johns Hopkins University, Baltimore. Chimamanda was a Hodder fellow at Princeton University during the 2005-2006 academic year, and earned an MA in African Studies from Yale University in 2008. It was during her senior year at Eastern that she started working on her first novel, Purple Hibiscus , which was published in October 2003. Her work has been translated into over thirty languages and has appeared in various publications, including The New Yorker, Granta, The O. Henry Prize Stories, the Financial Times, and Zoetrope.

While I only read We Should All be Feminists by the author, that alone was enough to make her one of my very faves. The writing style and voice is exceptional, and I loved the honest way in which she spoke about feminism and I can't wait to check out more of her many other works. 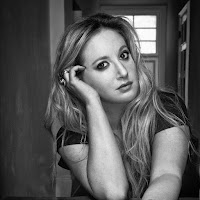 Leigh Bardugo is the #1 New York Times bestselling and USA Today bestselling author of the Six of Crows Duology and the Shadow and Bone Trilogy, as well as Wonder Woman: Warbringer (Aug 2017) and The Language of Thorns (Sept 2017).
She was born in Jerusalem, grew up in Los Angeles, and graduated from Yale University. These days, she lives and writes in Hollywood where she can occasionally be heard singing with her band.

I'd been meaning to read Six of Crows since forever, and this year I FINALLY got around to it and what a ride it was! Extremely thrilling and gripping, I had a hard time putting it down once I got into it. The characters, the writing, the setting- it was all so brilliant and  I'm really, really looking forward to reading Crooked Kingdom and the author's other works soon.

So, these are my top favorite authors of 2017. What about you? Have you read anything by any of these brilliant minds or do you mean to? Let me know your 2017 faves in the comments below!