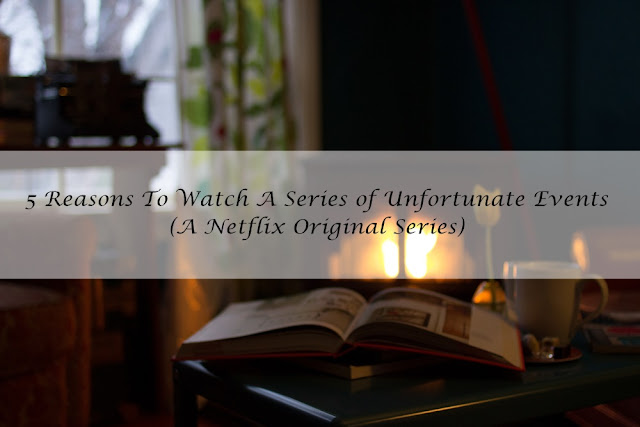 My love for A Series of Unfortunate Events - which I read when I was just a twelve-year-old cupcake with a craving for dark, atmospheric tales - isn't something I scream about here frequently for two reasons: a) I've gotten only halfway through the series and only six books were translated to Hungarian at that time, and b) I've forgotten so much from what went down in those books, because I have the worst memory ever. Like, so bad that I don't remember the exact plot of what I read last month, so recalling the plot of something I read eight years ago is the very definition of impossible.

Anyhow, given how obsessed I was with the series when I was younger it was a no-brainer that I'd watch the show as soon as it came out, AND WATCH IT I DID. Guys, it was spectacular, everything I desired and more. So, basically, my mission now is to make everyone else watch it, too, BECAUSE I LIKE TO MAKE PEOPLE HAPPY. For this very reason, I'm going to list the 5 most important reasons why you - yep, YOU - should start the show ASAP. You're welcome.

First of all, here's some info about the show for those who don't know much about it:


1. It actually follows the books pretty accurately, but still manages to be exciting and intriguing!? WHAT IS THIS SORCERY.

I stand by my confession about my faulty memory, but I do, in fact, remember The Bad Beginning and The Reptile Room perfectly, because I reread these two novels - especially the first one - like, FIFTY TIMES after I realized that less than 50% of the whole series had been published. *sobs*

Netflix's A Series of Unfortunate Events is one of those rare adaptations that stays true to the original source to the bone. Sure, some adjustments were made, but the overall plot, characters, settings and scenes remained unchanged. Moreover, these changes were mostly amazing! I can't say a lot, because #spoilers, but my favorite was probably Aunt Josephine owning up to her 'old' personality.

2. The casting is freakishly on point, and the actors absolutely killed their performances.

I'm one of those weirdos who was mostly okay with the movie, and I especially loved the actors in it, - they were exactly the way I imagined the characters while reading the books - so I was truly nervous over having to get used to a completely new faces. BUT EVERYONE DID SUCH A WONDERFUL JOB OMG.

Obviously, my favorite was Neil Patrick Harris as Count Olaf, but Mr. Poe, played by K. Todd Freeman was perfect, as well. Don't even get me started on the kids, though - even little Presley Smith (who played Sunny) did a 100000% better job than I could ever do. Shortly, I'm in awe of this casting.

3. The songs are literal perfection.

The first time Count Olaf started to sing I'm pretty sure I had a true 'what the fuck' expression on my face, but the couple of musical-ish performances actually added a plus to the story, especially the last song that was sang by all the main characters.

The actual perfection and magic, however, was the theme song, or rather, theme songs, as there were four different songs, one for each story.

4. The atmosphere is exactly as dark as I hoped it'd be, and the whole show is just so damn aesthetically pleasing.

The settings, the costumes, EVERYTHING fits so well together, and they create the most consistent atmosphere I've ever seen in a tv show. EVERYTHING IS SO PRETTY AND PLEASING TO LOOK AT. Like, I just want to set up a whole Pinterest board for all the places the kids stayed at. *heart eyes*

I'm not going to lie, the narrator really isn't bullshitting us when he says that this story is filled with sadness and melancholy, so it may not be a something for you when you're feeling down and desire something cheerful.

BUT, it's overall not as sorrowful as it could be, I swear. First of all, dark humor (=the best type there is, if you ask me) is very much present, as well as hopeful and beautiful moments that made me so damn emotional, because I know that these three kids will always have each others' back.

Can we just take a moment to appreciate whoever was responsible for the outfits? Cuz the sets the Baudelaires wore were everything.

5. This spy-esque subplot may be the best part of the show. 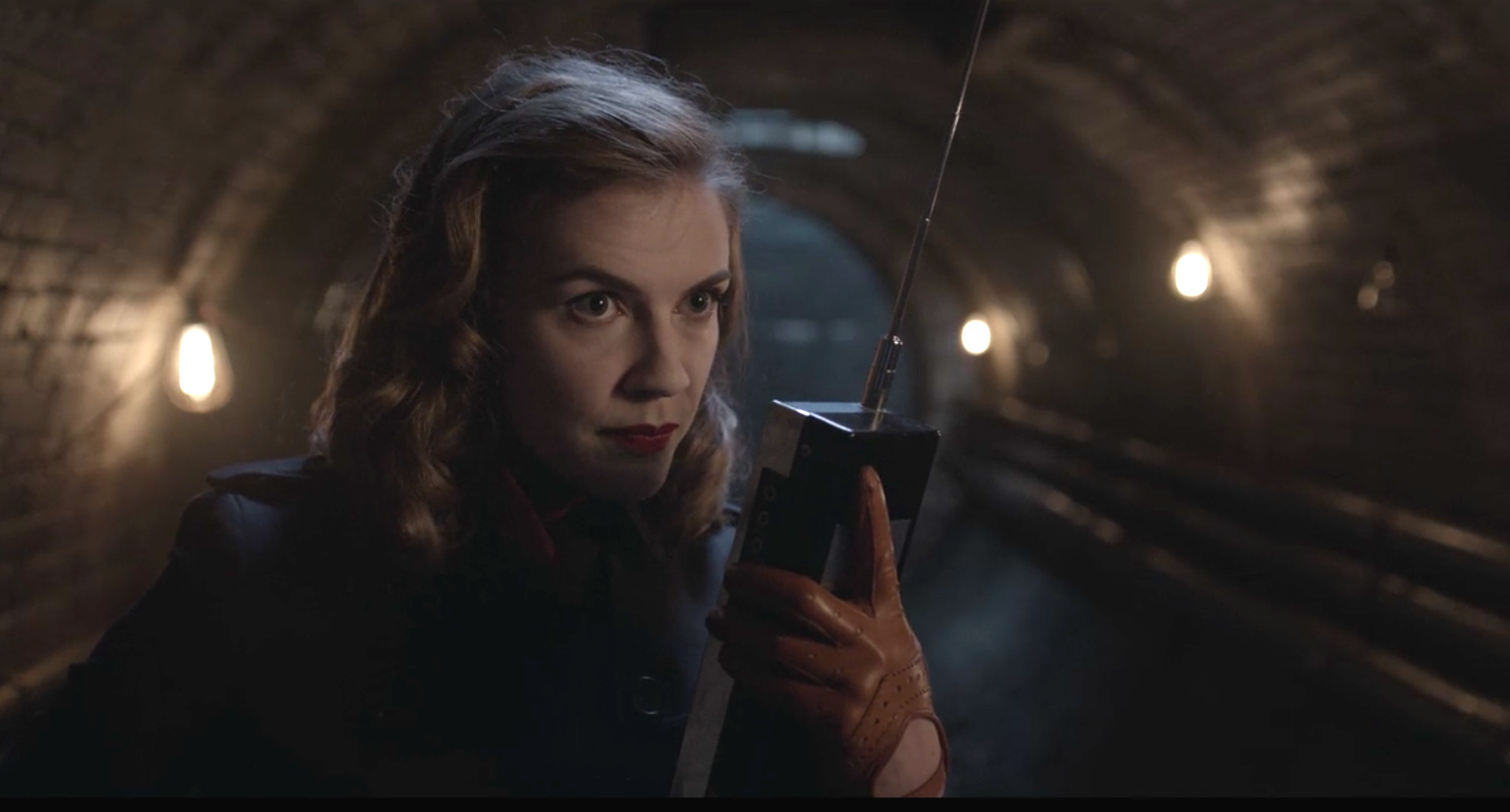 As I said, I've only read the first six books - planning on continuing soon, though! - but even I do know that many fans were incredibly disappointed by the final novel, as it left many a question unanswered. Well, the introduction of this subplot so early on in the story may mean that we'll get more answers in the show? Only time can tell, but I have HOPE.

Have you read the books? Have you watched the show, yet? What are your thoughts?
What TV series are you the most excited for in 2017?
Written by: Veronika @ Wordy and Whimsical date: 05:00

Email ThisBlogThis!Share to TwitterShare to FacebookShare to Pinterest
Labels Other posts, TV Show