"Our memories are all that we have in life. We are our memories. They are everything!" 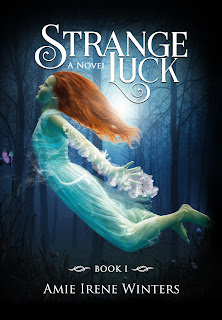 Hidden deep in the forest, beneath mounds of forgotten memories, lies the secret world of the Nameless - a magical realm as beautiful as it is dangerous.

Daisy Darling used to think of Sea Salt, the small mountain town she has always called home, as a boring place where nothing ever happened.Then she met a peculiar wanderer who reveals a mysterious world hidden beneath the town all along. A world where mind-bending, magical, life-altering phenomena happen. A world harboring a dark secret under its snow-capped mountains, aquamarine waters, and perfumed jungles. A world built using stolen memories.

Now that Daisy's eyes have been opened to the truth about the Nameless, there's no turning back. Driven to save the other Collectives, Daisy is pulled deeper into the world's tangled lies, finding herself ensnared in a dangerous network of tunnels and time-altering portals. Somehow Daisy must discover the strength to win back her freedom before the Nameless claims her forever. 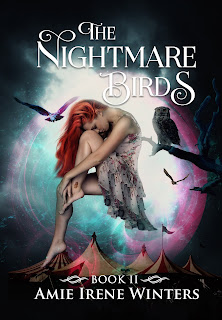 Only those who possess wild eyes, an impulsive heart, and a wandering spirit hunt for the Theater of Secrets—and once they witness the darkest of magic, they don’t return.


It promises to change your life forever—but is the mysterious Theater of Secrets legend or something more? Tasked to answer that very question, Daisy Darling sets out to uncover the truth and is thrown headlong into a life where inexplicably strange and dark things happen nightly. A life of deception and uncertainty. A life in the spotlight as the theater’s ringleader.


As Daisy assumes her new role, she not only discovers a surprising connection between herself and the previous ringleader, but also the haunting truth behind the theater’s limitless power. Determined to expose the theater and foil its wicked plan, Daisy must first embrace her heritage before she can defeat the dark forces at play.

"Memories are all we have in life, and finding the perfect memory—whether it’s really yours or not—is the greatest challenge and reward of all time. Imagine having the best memory in the history of the world that you could relive in your mind over and over again."

WHAT WORKED FOR ME:

WHAT DIDN'T WORK FOR ME:


Overall, I was satisfied with Strange Luck. Sure, it had some faults, but it was unique and creative - a good start to a new Fantasy series, one that made me excited for the sequel.

"By the candle’s feeble light I saw dozens of corpses hanging from the jagged ceiling, strung up by their necks with ropes, cloth, and belts. They swung around me like meat hanging at a deli. It was then that I realized that the large objects I had been bumping into were dead bodies."


WHAT WORKED FOR ME:


WHAT DIDN'T WORK FOR ME:

Overall, I can only say: kudos to Amie Irene Winters, because literally every problem I had with the first book either improved tremendously or was completely solved in the sequel. The writing was more vivid and colorful, Daisy was stronger and more badass than ever before, the supporting cast had plenty of great character arcs, and the setting was wonderfully painted.