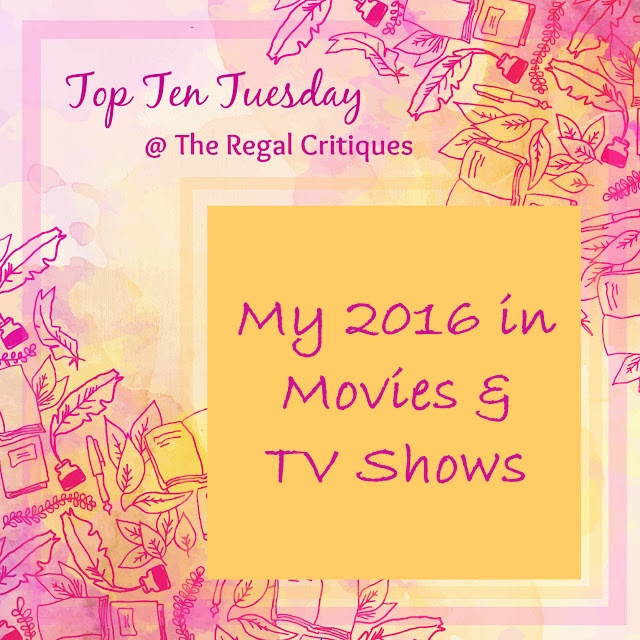 My 2016, so far, definitely had its ups in respect of movies and tv shows - though that is hardly a surprise, because I'm pretty sure that's the case with everything. AND THAT'S A GOOD THING. The ups could never feel so sweet and perfect without all the downs, am I right? #deep

Anyhow, this WEEK'S TTT is technically a movie freebie, but as I've been thinking about writing a post about movies and tv shows I watched in 2016, I decided to do just that this week. I think that's CLOSE ENOUGH. *shrugs*


So, without further ado, here's-

the links lead to IMDb page

As for the TV Shows:
I think that's it! 2016 so far has, in fact, been a pretty good year tv show and movie-wise, for me. Book-wise, too, though I'll have another long ass post that'll go into details about that.