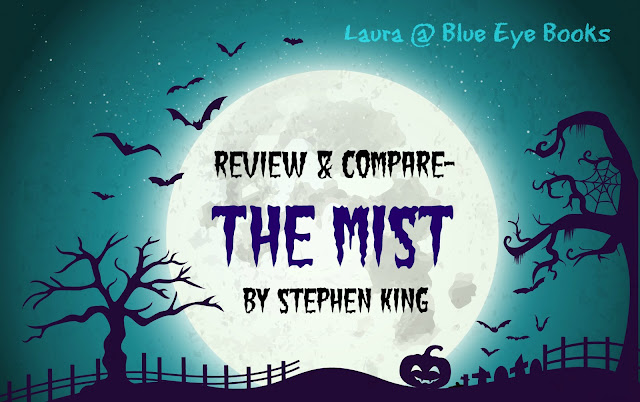 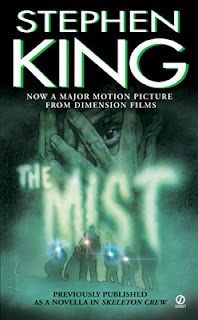 Goodreads blurb: “It's a hot, lazy day, perfect for a cookout, until you see those strange dark clouds. Suddenly a violent storm sweeps across the lake and ends as abruptly and unexpectedly as it had begun. Then comes the mist...creeping slowly, inexorably into town, where it settles and waits, trapping you in the supermarket with dozens of others, cut off from your families and the world. The mist is alive, seething with unearthly sounds and movements. What unleashed this terror? Was it the Arrowhead Project---the top secret government operation that everyone has noticed but no one quite understands? And what happens when the provisions have run out and you're forced to make your escape, edging blindly through the dim light?”

Review:
In the interest of full disclosure, I saw the movie before I read the book.  I have to say though, like the Martian, watching the movie helped me visualize things so much better.

Yes, the book is from the MC’s first person perspective the whole time, but we never get the feeling that these are journal entries until the last 2 pages and suddenly it seems very convenient. Don’t get me wrong, knowing that they were supposed to be journal entries from the start makes the ending a little better. It’s just that there’s too much uncertainty for me.

The Final Verdict:
This is a sufficiently creepy book for the Halloween season.  While I did have an issue with the ending, overall, this book will be sure to have you double-checking behind your shower curtain.
4 stars 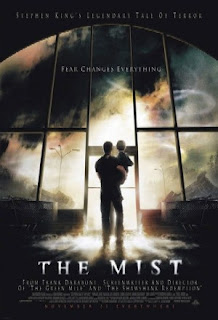 IMDB Blurb:
"A freak storm unleashes a species of blood-thirsty creatures on a small town, where a small band of citizens hole up in a supermarket and fight for their lives."

Review:
To repeat what I said in the book review, I actually watched the movie first before reading the book but I did rewatch it after reading the book just for the purposes of this review so it could be fresh in my mind!


Definitely a movie that will scare you and make you cry at the end.  It has just enough mystery and horror to be tasteful and keeps a slight lid on the gore.

The movie and the book are remarkably similar. Because the book is essentially a novella, the people who made the movie were able to include everything and then some. While I did like most of the things they added, some things I’m still unsure about (mainly the ending).  Events were generally dramatized in the movie but they were kept within possibility. This adaptation gets a:
Thumbs up! 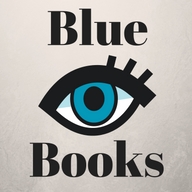 Hi!  I’m Laura, the blogger over at Blue Eye Books!  I’m a reader, blogger, aspiring author, and chocolate lover (I will eat any of the food you deem to make me though!).  I also love watching movies and reading their book counterparts (if you couldn’t tell). Connect with me through: