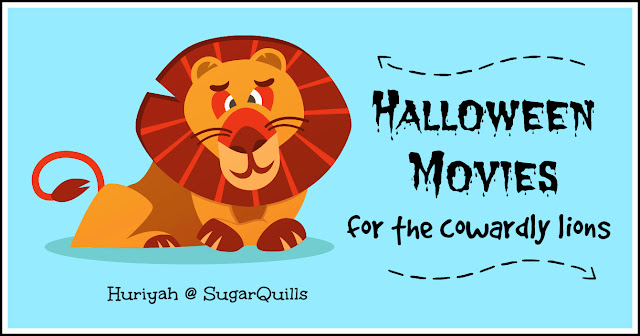 Hi, it’s Huriyah from SugarQuills! I’m at this neck of the woods because Ruz sweet talked me into writing a Halloween-y guest post for her (many emojis and exclamation marks were involved). So, here’s my Halloween post, and it’s based on my Halloween tradition!

What’s a holiday without traditions, right? Every Halloween, I bring out my favourite childhood movies and to watch them back-to-back. Since I’m a wimp, you can bet that anything I watch is going to be rated pitifully by horror fans (sorry, not sorry). But Halloween doesn’t have to be scary! These movies scream Halloween spirit in the form of magic, vampires, ghosts, bubbling cauldrons, and homicidal children. And it’s just not Halloween without them (and a venti pumpkin spice latte).


Disclaimer: you’ve probably already seen all of these because they’ve been around for forever.

Is it odd that I’ve watched this movie every year for 17 years and I only just realised Sarah Jessica Parker is in it? Set in Salem, Hocus Pocus is a brilliant classic for those of us who like our witches with a sprinkling of evil and nutty (there’s a whole lot of nutty). The talking black cat, Binx, reminds me of Salem from Sabrina the Teenage Witch. Maybe Salem was inspired by Binx?

Ask my parents about this one. They probably know the lines to the theme song by heart too.

If you like your witches sweet and your warlocks scary instead, try Halloweentown. Halloweentown is an actual place in the movie that’s inhabited by ‘Halloween-y’ citizens (werewolves, vampires, skeletons that drive taxis, and so on). The story focuses on Agatha and her grandchildren, notably Marnie Cromwell, who have to save Halloweentown. There’s a spooky scene in an abandoned cinema that gave me the creeps when I was little. There’s Halloweentown two, three and four too, but I didn’t like those as much as the first.

Harry Potter and the Philosopher’s Stone (2001)

“TROLL IN THE DUNGEON!”

My favourite ghost. How can you not love this guy? There’s a Casper movie with Hilary Duff (Casper Meets Wendy) that came out in 1998, and there’s a Casper movie with Christina Ricci that came out in 1995. Both versions are great, but I loved the adorable dance scene in the 1995 version where Casper says, “Can I keep you?”, and that’s why the 1995 version is the one on my Halloween binge list. I’ll watch Casper Meets Wendy too, if I’ve got the time.

This one might be a little unexpected (might), but I like the dark theme, the evil king, and Gurgi. Plus, anything with a cauldron automatically qualifies as a Halloween movie, right? 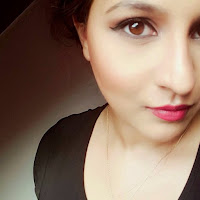 Huriyah loves all the book things and is a crazy cat lady. You can catch her rambling about bookish (and non-bookish) things on Twitter, sharing pictures of books and her cat on Instagram, and reviewing books on SugarQuills (her booky blog). You can stalk her on Twitter, Instagram or her blog!