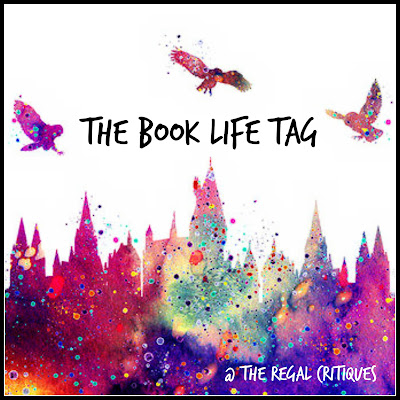 Much thanks to Zena, the lovely blogger at Cinderzenablogs for tagging me! The minute I saw this tag I knew I just had to do it- what could possibly be more fun than choosing characters from books that would be my family and friends? Nothing. God knows how long I've been wishing I could just pop into a bookish world even if only for a few hours. Hours? I'll even settle for minutes, thank you very much! Anyway, without further ado, let the magic begin!

Who would be your father?

A pure-blood wizard who refused to discriminate against half-bloods, muggles, half-breeds, or cursed beings such as werewolves, and an absolutely fun character with a fondness for everything Muggle- Mr. Weasley would definitely be a great father! And hey, I might even be able to help him find out how aeroplanes are kept airborne!

Who would be your mother?

Mrs. Weasley, of course! Kind, gentle, loving, and fiercely protective, she'd be an amazing mother indeed. I'd have to take care not to misbehave too much around her, though- I wouldn't like being on the receiving end of her wrath when she's on the warpath, and I really don't want a Howler being sent to me at school!

Who would be your sister?

Mia from the Princess Diaries! Sure, she's as mad as a hatter and can be caring to the point of smothering at times, but thinking about how much she loved Rocky, and later, Olivia, I can't think of a better, more fun sibling than her!

Who would be your brother?

Artan from The Rose and the Dagger! We only got to see him for a very limited time in the book, but I think he'd make a great brother- deliciously rude and snarky, and yet so caring, isn't that what brothers are for?

Who/what would be your pet?

I'd love to have Roshar's pet tiger (Arin the second) from The Winner's Trilogy for my very own! Imagine having a gorgeous little (okay, maybe not so little) tiger slinking by my side as I set out to conquer the world!

Where would you live?

Erm, Neverland? Why ever wouldn't I want to live in a land where I can be forever young and have magical adventures with fairies and the Lost Boys and so many other awesome magical beings to my heart's content? Second to the right, and straight on till the morning- the directions sound fairly easy to follow, right?

Where would you go to school?

What a no-brainer. It's definitely Hogwarts, Hogwarts, Hoggy Warty Hogwarts! With all it's hidden rooms and magical staircases, and not to mention the amazing classes, Hogwarts is, without doubt, the school to go to! I'm still waiting for my letter, but J. K. Rowling says we all went there together- what better affirmation than from the author herself, right?

What would be your fictional job?

Another Harry Potter answer, but I recently did this quiz where I got recruited as an Auror, and I have to say that would be THE dream job for me! I can already see myself twirling my wand and basically being a force to be reckoned with, haha. Department of Magical Law Enforcement- here I come!

Who would be your best friend?

Cress from The Lunar Chronicles! She is the mostest adorable socially-awkward hacker ever, and with her great imagination and fun personality, she'd make a wonderful best friend indeed!

Who would be your significant other?

Am I allowed only one? *snickers* Well, that's a tough decision, but I think I'll be pretty satisfied to spend all of eternity with Maxon from the Selection series. He's the very definition of perfection (along with the ten or so fictional boyfriends I'm smitten with)- and getting to be queen wouldn't hurt either. *winks* Sorry, America!


Consider yourself tagged if you're interested- in spite of the heartbreak at the end when I came to my senses and realized that this was, in fact, a book tag and not a letter to a wish-granting genie, this really was fun!

In other news, I recently decided to take part in the Harry Potter Readathon 2016. I've been meaning to re-read the books for so long, but despite one recent attempt where I failed miserably, I couldn't do it. So when I came across #HPReadathon2016 on Twitter, I was only too happy to jump on the bandwagon. Do check it out if you're interested!