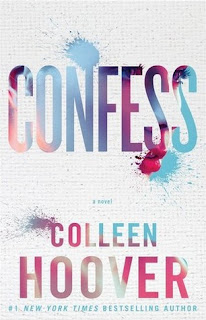 Auburn Reed has her entire life mapped out. Her goals are in sight and there’s no room for mistakes. But when she walks into a Dallas art studio in search of a job, she doesn’t expect to find a deep attraction to the enigmatic artist who works there, Owen Gentry.

For once, Auburn takes a risk and puts her heart in control, only to discover Owen is keeping major secrets from coming out. The magnitude of his past threatens to destroy everything important to Auburn, and the only way to get her life back on track is to cut Owen out of it.


The last thing Owen wants is to lose Auburn, but he can’t seem to convince her that truth is sometimes as subjective as art. All he would have to do to save their relationship is confess. But in this case, the confession could be much more destructive than the actual sin…

When I dived into this book, I expected relatable- or if not, at least sensible characters that would pull me into their story, taking me on a roller coaster ride of emotions. Sadly, it did neither. I have to say this, though. I didn't hate this book. There were some moments that were just perfect, but those moments were so far and few in between that they were just not enough to make me invest in this story. I didn't give two pence about the characters or their stories, and their actions frustrated me to no ends at times when I couldn't see eye to eye with their decisions.

Also, this book had some striking resemblances to November 9 that even my thoughts about THAT book were shaken, since the latter was published AFTER Confess. If November 9 was published after Confess and I read Confess after I read November 9 and I felt Confess was similar to November 9, does this make November 9 any less original than I first found it to be? Sorry, I know that was confusing, but this book put me off the author so bad, and that's really disappointing because I had really high hopes for Colleen Hoover.

I didn't really like either Auburn or Owen individually- especially Owen. He was such a judgmental character, and as it is usually with such people, he had no redeeming qualities that I could see at all. The narration was in dual point of views, and I didn't like Owen right from the beginning, from the moment I started reading his thoughts. He kept on giving off these bad vibes that I just couldn't make myself like him until the very end- even after knowing his story fully. And also, it did not help that the guy I actually liked in this book died right in the prologue.

I have never been in a position like Auburn's so I can in no way judge her decisions, but she came off as very silly person in certain situations where I would have loved it if she had stood up for herself and taken sensible decisions instead of being so indecisive all the time. Yes, she was sweet and kind and gentle- but also frustrating and annoying and disappointing.

A positive about this book that must be mentioned is the author's way of incorporating artwork into the story, which added a certain depth to the story. I liked that, and that gave a different shade to the characters of Auburn and Owen whom I otherwise disliked. I also liked the idea of confessions, real-life ones, being turned into paintings. That was a unique idea and possible one of the best things about the book. The writing, I have nothing to complain about either- I have to give the author that. She writes in a flawless, smooth way that we do get pulled into the story, albeit unwillingly, and this is what made me stick with this book till the end.