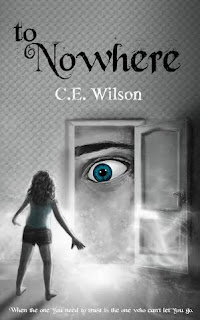 A world no one would believe.

From the moment Lyris is treated to coffee by a beautiful stranger, she has no idea that her life is about to change forever. In her enthusiasm to start at a new school with a new boyfriend, Lyris is almost able to look past his oddities. Almost.

The way he eyes up her striking red hair. The way he loves that she’s seventeen. “The perfect age.”And the way he’s gone from all but begging to show her a specific room in a specific house to making her swear never to even think about it again.

When Lyris doesn't take his strange warnings seriously, she finds that nothing could have prepared her for what lay behind that door.

Suddenly, Lyris finds herself in a world no one would believe. A world where she’s only a few inches tall and giants aren’t creatures from fairy tales. Where humans are no longer the dominant race, but pets auctioned off to the highest bidder. Lyris understands the true danger of such a place, but there seems to be one person on her side.

Her kind and surprised captor. And while Brindt appears to be sweet and trustworthy, he also straddles the line between seeing her as an equal and a cute animal.

To Nowhere takes us on a strange journey as Lyris, a normal girl living a quite normal life meets a mysterious, good-looking stranger who manages to sweep her off her feet. He seems to find everything about her "perfect", from her red hair to her age, seventeen. Lyris looks past these oddities as she continues to meet up with him, until he warns her not to open a certain door in a house he deems to be "haunted". Naturally curious, Lyris opens the door to find herself being thrust into another world.. a world where giants walk and humans are kept as pets. What happens next is for you to read and find out- yes, I recommend this book to you! Read on to find out what I loved and didn't quite so much about this extraordinary story by C. E. Wilson.

I loved the plot line of this story, it was something refreshingly new and definitely not something you would expect. I loved reading about this whole other species in this whole other world living and acting just like we humans do- except that they kept humans in cages as pets!! The author did a great job with the world-building and I'd be lying if I said I didn't enjoy reading about it.

I enjoyed getting to know Brindt, the giant with whom Lyris is trapped. I was all prepared to hate him, but pretty soon we get to see him for who he really is: a lovable, lonely kid who is only looking for a companion in Lyris. He was truly kind and adorable- the only problem was that he was still a giant of whom Lyris was scared of. By and by they get to know each other and even find ways to communicate- and let me tell you, seeing them fumble around each other as they tried to understand what the other was saying  was one of the most fun parts of the book!

While Wyatt was the character I least liked in this book, I was surprised to find myself disliking Lyris as well- mostly because of her naivety. She was recklessly impulsive in her decision-making and trusted the wrong kind of people while blissfully ignoring the good in front of  her- case in point, Brindt and Wyatt. In all fairness, her character does develop as the book goes on, but I couldn't get over my initial impression of her.

The plot is built greatly throughout the story, and even though I felt like the pacing was a tad bit slow at the beginning, things picked up at around 40% and I found myself reading eagerly to see where this book would take me. The book ended in a very satisfactory note, making me wonder whether there would be a sequel- it was an open ending that didn't leave me feeling disappointed as they normally do. I loved To Nowhere and would recommend it to you if you feel like trying something new. Go ahead and pick it up!