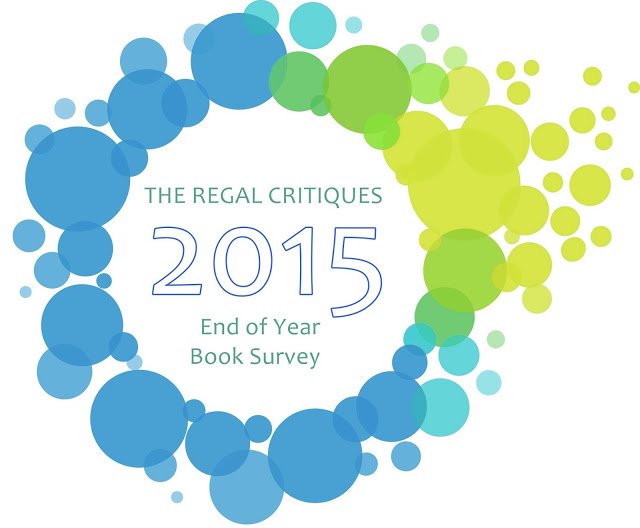 Hosted by Jamie from The Perpetual Page-turner

Hi lovelies. As you can probably tell from the title, today I'm here with the End of Year Book Survey  - you can check out Ruzaika's here.

2015 have been a really good year reading- and blogging-wise for me. Don't get me wrong, I didn't enjoy all the books I read, but there weren't that many HUGE disappointments as in 2014. My average rating was 3.9 stars on Goodreads! That's more than good, that's MIND BLOWING!

With that in mind, let's see my 2015 in books - a bit more detailed version of it than Goodreads gave.

Number Of Books You Read: 160 - do you have any idea how hard I worked to make it a pretty, round number? :P

Genre You Read The Most From: I'm not a 100% sure but I think I read slightly more Fantasy than Contemporary in 2015.

2. Book You Were Excited About & Thought You Were Going To Love More But Didn’t?

This Song Will Save Your Life by Leila Sales: After reading Tonight the Streets Are Ours and enjoying it, I was super-excited for her more popular novel, but it ended up being a DNF for me.

3. Most surprising (in a good way or bad way) book you read?


In a good way: Sweet Damage by Rebecca James - it was SO MUCH MORE than a horror novel because ALL THE EMOTIONS.

In a bad way: Ruthless by Carolyn Lee Adams - it was a far call from the edge-of-your-seat psychological thriller that I was promised.

4. Book You “Pushed” The Most People To Read (And They Did)?

Hard to say, but I think it's Gone Girl by Gillian Flynn, and so many people listened to me, even though some only watched the movie.

Heather Demetrios WITHOUT DOUBT - she's super talented and writes in such a beautifully emotional way. My only problem with her is that she doesn't publish a new novel every week.

7. Best book from a genre you don’t typically read/was out of your comfort zone?

Adult Historical Romance is a genre I rarely read in but Tessa Dare's Romancing the Duke made me question that decision. That book was so beautiful and left me with a huge-ass smile on my face.

8. Most action-packed/thrilling/unputdownable book of the year?

And Then There Were None by Agatha Christie - I "only" rated it 4 stars, but I couldn't put it down until I knew who the killer was.

SIMON VS. THE HOMO SAPIENS AGENDA!! I started to reread my favorite scenes from it, literally right after I closed the book.

What can I say? I love pretty dresses. 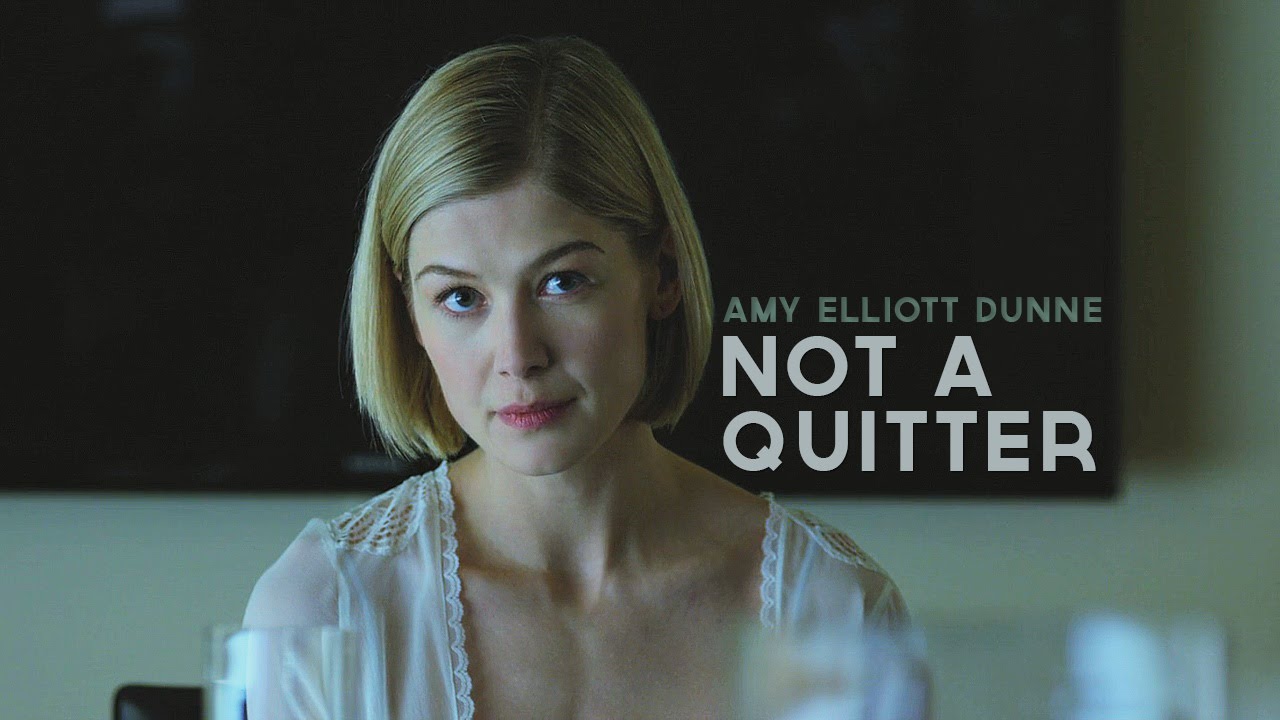 The Shadow of the Wind by Carlos Ruiz Zafón - if you haven't read it, yet, do it. NOW!

Butter by Erin Jade Lange. It wasn't a completely realistic novel, but some parts of it were very thought provoking and painfully real. One of those novels that, I think, should be obligatory to read in middle/high school.

I can't believe 2015 was the year when I read something by Agatha Christie (And Then There Were None) and Stephen King (Carrie) for the first time, yet I considered myself a mystery and horror fan.


I know that you're probably sick of this quote thanks to me but I love it so much.


"If you could make a beautiful piece of art from discarded newspapers and old matchbooks, then it meant that everything had potential. And maybe people were like collages - no matter how broken or useless we felt, we were an essential part of the whole. We mattered."


Cress and Thorne from The Lunar Chronicles. They are just SO PERFECT for each other and I love them SOO MUCH.

19. Favorite Non-Romantic Relationship Of The Year.

Chloe and Benton (+Lexie later on) from Something Real by Heather Demetrios - I loved how they had each other's back all the time and you could totally feel the love they had for each other.

20. Favorite Book You Read in 2015 From An Author You’ve Read Previously.

The Darkest Part of the Forest by Holly Black. No explanation needed, everyone knows that Holly Black is THE BEST. Or one of the best, anyhow.

21. Best Book You Read In 2015 That You Read Based SOLELY On A Recommendation From Somebody Else/Peer Pressure:

Gone Girl - so many people I know watched the movie when it came out and all of them told me to watch or read it immediately because I'd love it - gosh, everyone knows I'm crazy.

On a side note, I wanted to mention a book that Ruzi pressured me to read but I realized I haven't actually read anything she's been recommending me - I, on the other hand, pressured her into reading countless books this year. I'M SO SORRY, I'LL CLIMB INTO THE BOX OF SHAME NOW.


Cole Walker from Echoes of Scotland Street. No words could describe him. Honest.

The Sacred Lies of Minnow Bly by Stephanie Oakes. This novel took me on a crazily emotional journey that was painful, yet beautiful and, most importantly, hopeful. Absolutely can't wait for the author's next book.

Coraline by Neil Gaiman. I don't think I have to explain why I chose this book to anyone who have read it, and to those who haven't: READ IT NOW.

25. Book That Put A Smile On Your Face/Was The Most FUN To Read?

Simon vs. the Homo Sapiens Agenda by Becky Albertalli. Reading this book was SO MUCH FUN because Simon -despite being angsty sometimes- is such a light and real and cute character. And I can't talk calmly about this book because it is one of the best books EVER. Read it, guys, READ IT!

I'll Meet You There by Heather Demetrios. So many heartbreaking scenes. *sobs*

Phobic (horror) by Cortney Pearson is the absolute winner for me this year, but I have to mention  Gathering Frost (Sleeping Beauty retelling) by Kaitlyn Davis, as well.

28. Book That Crushed Your Soul?

Because You'll Never Meet Me by Leah Thomas. This book was heartbreaking and heartwarming at the same time - and yes, some parts of it did crush my soul.

Gone Girl, and I don't think I have to explain this one.


30. Book That Made You The Most Mad (doesn’t necessarily mean you didn’t like it)?

Again, I have two titles for this question. One that I enjoyed, despite it making me super-mad, was Exquisite Captive by Heather Demetrios. I really liked the world building, the plot and even some of the characters in this story - what I didn't like was romanticizing an abusive relationship. I'm sorry if I hurt anyone's feelings but Malek is a terrible person and I can not understand why would anyone find him lovable.

The other title is 99 Days by Katie Cotugno, which had a very important message that, I think, wasn't conveyed in the right way - and that is what makes me mad. Anyhow, it is still worth reading, so do it!

How am I supposed to choose ONE? Now, that is impossible, you guys, because I discovered so many FANTASTIC blogs/bloggers this year. If I failed to list ANYONE whose blog I've ever commented on, that's ONLY because I'm convinced I followed you prior to 2015.

What kind of question is this? ALL OF THEM, OBVIOUSLY. Alright, for you, I'll pick three, I think my reviews of Vanishing Girls, Sweet Damage and Because You'll Never Meet Me are some of the better ones - but seriously, I'm incapable of rating what I wrote.

The 15 Most Beautiful Libraries Around the World was a much more informative post, while my post about My Favorite Things in the Book Blogging Community (A-Z list) was a lot more personal and something I wrote to encourage bloggers who had started to lose their enthusiasm.

I'm literally unable to choose between these two posts, because I had SO MUCH fun making them both, and reading your replies. <3

Besides our own events - Spooky October and A Christmas Carol - I loved participating in the Anti-Bullying Readathon, you can read my recap of it here.

This is going to be a VERY obvious one, because the best moment for me was, undoubtedly, when Ruzaika and I joined forces here, and renamed Reading Is Dreaming With Open Eyes (gosh, it sounds like what a 12-year-old would name her blog) to The Regal Critiques.

Ruzi, this one's for you.

6. Most challenging thing about blogging or your reading life this year?

Getting into various reading and blogging slumps throughout the year, OF COURSE, ALWAYS AT THE WORST POSSIBLE MOMENTS. Typical me.

7. Most Popular Post This Year On Your Blog (whether it be by comments or views)?

Our discussion review of Royal Wedding by Meg Cabot, which was - at least for me - so much fun to make!

Hmm... I'm usually satisfied with the feedback we get, so I'm going to decide on a whim... my review of Tonight the Streets Are Ours by Leila Sales. The only reason I wish it'd gotten more feedback is because I was excited to see what other people thought of it - and hear why they agree or disagree with my review. Such a controversial novel, and I didn't have the chance to thoroughly talk about it with anyone.

The 7 steps of discovering Book Outlet for the first time.

Finally, it sinks in - it's not there.

Trying to fight back the intense feelings...

So yeah, this is the best bookish discovery, I'm just not able to benefit from it. At all.

10.  Did you complete any reading challenges or goals that you had set for yourself at the beginning of this year?

Thank fuck, HAPPY NEWS! I managed to complete 5 from the 6 challenges I signed up for. The one I failed was the Alphabet Soup Reading Challenge, and I'm NEVER EVER signing up for it again, because THE DISAPPOINTMENT over not completing it is TOO BIG.

I'm going to go with Illuminae by Jay Kristoff and Amie Kaufman because my copy of it is so gorgeous that I don't think I can resist it for a long time.

Heartless by Marissa Meyer because SHE IS AWESOME, ALRIGHT?

Probably The May Queen Murders by Sarah Jude - THAT COVER *-*

4. Series Ending/A Sequel You Are Most Anticipating in 2016?

THE RAVEN KING BY MAGGIE STIEFVATER!!! I'm so excited about that novel, yet I'm afraid Maggie will break all our hearts (she already kind of did when the release date was pushed back MONTHS). Anyhow, if that book disappoints, I'm not sure what will become of me. Seriously.

5. One Thing You Hope To Accomplish Or Do In Your Reading/Blogging Life In 2016?

My biggest goal for 2016 is to write more discussion posts and to be able to express myself MORE than I'm doing now.

Have you read any of the books mentioned above? What did you think of them? And, most importantly, what are your favorite novels of 2015?
Written by: Veronika @ Wordy and Whimsical date: 04:00

Email ThisBlogThis!Share to TwitterShare to FacebookShare to Pinterest
Labels End of Year Book Survey, Other posts