{Mini Reviews} Gone Girl & The Girl on the Train

On a warm summer morning in North Carthage, Missouri, it is Nick and Amy Dunne's fifth wedding anniversary. Presents are being wrapped and reservations are being made when Nick's clever and beautiful wife disappears from their rented McMansion on the Mississippi River. Husband-of-the-Year Nick isn't doing himself any favors with cringe-worthy daydreams about the slope and shape of his wife's head, but passages from Amy's diary reveal the alpha-girl perfectionist could have put anyone dangerously on edge. Under mounting pressure from the police and the media--as well as Amy's fiercely doting parents--the town golden boy parades an endless series of lies, deceits, and inappropriate behavior. Nick is oddly evasive, and he's definitely bitter--but is he really a killer?
As the cops close in, every couple in town is soon wondering how well they know the one that they love. With his twin sister, Margo, at his side, Nick stands by his innocence. Trouble is, if Nick didn't do it, where is that beautiful wife?   And what was in that silvery gift box hidden in the back of her bedroom closet?

“The holes in your life are permanent. You have to grow around them, like tree roots around concrete; you mould yourself through the gaps.”

Rachel takes the same commuter train every morning. Every day she rattles down the track, flashes past a stretch of cozy suburban homes, and stops at the signal that allows her to daily watch the same couple breakfasting on their deck. She’s even started to feel like she knows them. “Jess and Jason,” she calls them. Their life—as she sees it—is perfect. Not unlike the life she recently lost.

And then she sees something shocking. It’s only a minute until the train moves on, but it’s enough. Now everything’s changed. Unable to keep it to herself, Rachel offers what she knows to the police, and becomes inextricably entwined in what happens next, as well as in the lives of everyone involved. Has she done more harm than good?

I've been afraid of books before picking them up but never as much as I was of Gone Girl. I've read in many-many reviews that the characters are horrible. Some said they loved to hate them, some said they simply despised them, but one thing all of them agreed on was that they're sick as hell. God knows I love sick characters, but unfortunately they're not always well made. Were they in Gone Girl? Not exactly, I'd rather call them BRILLIANTLY MADE , CRAZY ASS, YOU-CAN'T HELP BUT STILL KINDA FEEL FOR THEM CHARACTERS. Alright, deep breaths.


“A lot of people lacked that gift: knowing when to fuck off.”

I'd like to start with that Gone Girl is not as much of a mystery as it is a psychological thriller. I mean, it has MANY unexpected twists but many things, including the biggest mystery are not at all hard to figure out. Still the novel had an atmosphere that gave me that edge-of-your seat feeling and a rush to turn the pages as fast as I could and learn more about these screwed up characters. It is written in alternating point of views of Amy and Nick, who possibly have one of the most dysfunctional relationship I've ever read about. Seriously, just read it if you want to know more. I promise, everything is portrayed amazingly so you won't be disappointed.

However good the plot was, it was obvious that the characters led the story and were the best aspect of it. I think your ability to love this book solemnly depends on if you like reading about unlikable, hateful, disgusting, yet so very human and real characters. Oh yeah, they were definitely worse than most people are but there was so much truth and realness in their way of thinking that is just rare in Fiction. Flynn doesn't sugarcoat anything, nor does she try to make our world sound better than it is, which was very nice for a change. Not only the main characters but the supporting ones were awesome as well. I loved seeing Amy's parents who were, admit it, fascinatingly crazy and ignorant of their daughter's real identity. Margo was possibly the only truly likable character from the novel but surprisingly I liked her way more in the movie, which did NOT live up to the book (but it was still kinda awesome). 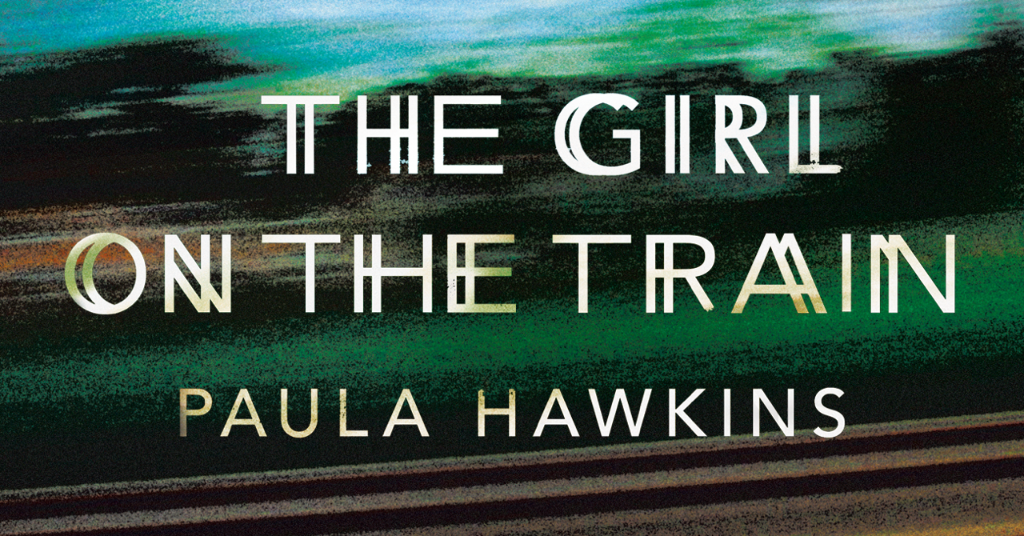 Rachel, the main character, is an alcoholic, has been for a long time, but things only became worse when her husband (Tom) left her for another woman (Anna) and had a baby with her. I guess, you can say that Rachel went a bit psycho after the divorce and visited them quite a few times, with that scaring the crap out of the said new wife.

The novel is narrated by three women, Rachel, Anna and Jess aka Megan. I have to say, all of them were batshit crazy and ignorant, many times stupid. What I liked in Gone Girl was how strong the characters were - when they had to, they became real fighters and did everything to win the game. These three women and the other characters of the novel were incredibly weak and controllable. More than that, they had characteristics that just made me despise them so much. Rachel was unbelievable obsessive of everything. She obsessed over her (ex)husband, then Tom's new wife and baby and blamed them for the divorce instead of, I don't know, seeing that her husband was the one who cheated. Then she was obsessed with Jess and Jason to a very unhealthy level, and then became obsessed with their case. She made the stupidest decisions again and again and again. And I'm sorry but I just didn't buy the ending. Rachel's development was way too fast and while it had a very good reason, I still couldn't be happy about it. I highly doubt she'll stop drinking so out of the blue without any kind of help. I've never been an alcoholic so I wouldn't know, but Rachel is not the kind of person who goes through with her decisions so forcefully. I'm more than sorry for thinking this, but I can't help it.

Anna and Megan were as screwed up as one can get. I hated them both so much, and they were weak, so very weak and pliable and just simply dumb and ignorant. Oh, they were portrayed well in their dumbness but I cringed every time when I saw that a chapter was going to be from their POV, even more so when I saw Rachel's name. The relationships... damn, those were some real dysfunctional ones.

It's not that this is a bad book, or an uneventful one, it's very exciting and all, but it wasn't easy for me to get into it, partly because of the slow start and partly because of the narrator(s). Based on the synopsis I was expecting something... bigger. Something more exciting and intriguing, something that won't let me pick up a new book for days. Something like Gone Girl.