This Spooky October- Celebrating the "Stephen King of children's literature"

He crafted my nightmares in my childhood.

checking under my bed,

closing all windows and doors,

tucking myself in bed and sleeping prone

and warily looking around me as shadows grew into faceless monsters. 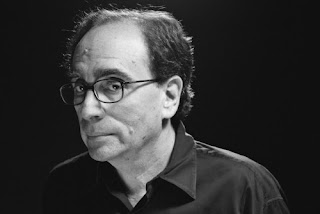 He is none other than R. L. Stine, who is also called the "Stephen King of children's literature"!

Robert Lawrence Stine, popularly known as R. L. Stine, is a bestselling American writer and producer. He has authored a great number of horror novels, some of which I've been crazy of in my childhood. I loved devouring anything written by him, including but not limited to series such as Goosebumps, Fear Street, The Nightmare Room and Rotten School. Looking back at the preteen me, I wonder what it was that attracted me to his books- with me not being the greatest fan of horror and all that. I suppose it's because his books almost always had great endings. In Stine's own words,


"My one rule is, you can have scary creatures and put kids in scary situations as long as you make sure the reader knows that it could never really happen and that it’s a fantasy. I try to keep really scary things in the real world out, because it’s a pretty scary world for kids these days."
(From an interview by Jeff Sneider. You can find it here)


R. L. Stine was born in Columbus, Ohio, on October 8, 1943- quite fitting for a horror author to be born in Spooky October, don't you think? His journey of writing began when he found an old typewriter in his attic at age nine. Graduating from the Ohio State University in 1965 with a bachelor of arts degree in English, he later moved to New York to pursue his career as a writer. 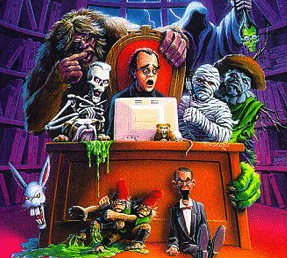 Interestingly, according to Stine, his real dream as a young man was to have a humor magazine of his own, which did become true when he became editor of the humour magazine Bananas at age 28. When the magazine came to an end ten years later, he started writing humor books, but only a few sold. It was in the mid-80s, when Stine was ready to try anything, that something life-changing happened. During lunch with an editor, he was given the task of writing a teen horror novel to suit the  title "Blind Date", which he did. It ultimately went on to become a bestseller (without any marketing at all it seems!) and the rest is history!

Stine went on to write series such as Fear Street and Goosebumps which went on to become quite the sensation among kids and teens alike. He also wrote three humorous science fiction books in the Space Cadets series, and novels such as Superstitious, Eye candy and Red Rain targeted at adults. He has produced a Goosebumps TV series that ran for four seasons and three video games, and also wrote The Haunting Hour: Don't Think About It, which was made into a movie in 2007.

Stine, now 72, has taken it as his job to terrify kids and still writes horror books- the most recent one being Night of the Puppet People in the Goosebumps series, which was released just last month. And of course, you would have no doubt heard about the Goosebumps movie, directed by Rob Letterman, starring Jack Black as a reclusive R. L. Stine- which has Stine himself playing a cameo in it. You can watch it's trailer below, if you haven't already!


Latest we hear is that Fear Street is being developed into a movie too- well, what can I say?! All the more reason for us to celebrate R. L. Stine- the one and only Stephen King of children's literature!

So, what about YOU? Have you read any book by the amazing R. L. Stine? Or were you one of those kids who devoured any and all of his books you could lay your hands on, just like I was? Or perhaps you haven't tried anything by him, but found him fascinating? Tell us what you think in the comments below!

Oh, and hey! Don't forget to check out our Spooky October Giveaway here, if you haven't already!
Written by: Ruzaika @ Wordy & Whimsical date: 10:38