“Life is a series of shallow breaths. And in any breath, everything can change.” 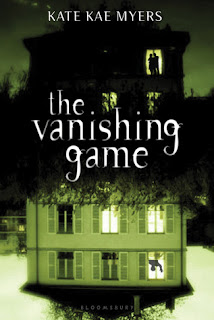 Seventeen-year-old Jocelyn follows clues apparently from her dead twin, Jack, in and around Seale House, the terrifying foster home where they once lived. With help from childhood friend Noah she begins to uncover the truth about Jack's death and the company that employed him and Noah.

Jocelyn's twin brother Jack was the only family she had growing up in a world of foster homes-and now he's dead, and she has nothing. Then she gets a cryptic letter from "Jason December"-the code name her brother used to use when they were children at Seale House, a terrifying foster home that they believed had dark powers. Only one other person knows about Jason December: Noah, Jocelyn's childhood crush and their only real friend among the troubled children at Seale House.

But when Jocelyn returns to Seale House and the city where she last saw Noah, she gets more than she bargained for. Turns out the house's powers weren't just a figment of a childish imagination. And someone is following Jocelyn. Is Jack still alive? And if he is, what kind of trouble is he in? The answer is revealed in a shocking twist that turns this story on its head and will send readers straight back to page 1 to read the book in a whole new light.

Jocelyn is still mourning her brother's untimely death in a car accident when she receives a letter signed by Jason December- an alias her brother used when they played treasure hunts in their childhood. But her brother is dead- isn't he? Hanging on to the slim hope that her brother is alive and well somewhere, Jocelyn embarks on a scavenger hunt along with Noah-their childhood best friend- led by clues Jack, her brother, has left for her. What follows is a really mind-boggling read with a truly baffling plot. I don't want to talk much about the plot for fear of spoiling the story for you, so let me list out what I loved about this completely engrossing novel:
Despite all these, there were a few things that did not sit well with me in this book. First and foremost is the romance. Considering the nature of this book, the romance stuck out like a sore thumb. It could have been done in a better way, I suppose, but it just ended up feeling like the author incorporated the romance into the story just for the sake of it.

The writing felt unpolished at times too, but thankfully it didn't spoil the story for me in any way. I also had a little problem buying the story because even though the scavenger hunt and the twists were the highlights of the story, they did seem a bit  far-fetched. I'm not complaining- I still loved it all!

The Vanishing Game was a dark and creepy psychological thriller of sorts- and that's always fun! I had no idea I'd grow to love it so much, but I did, and I hope you will too.

Hi everyone! For this cover I wanted a mostly black outfit that contains one item that's at least partly green, thus the plaid blazer. I thought that the parts in the middle where the black and green mix together resembled lace, so I wanted to add a lace dress, but found that a bit too much so I simply added these lace stockings.

Bookstopper Outfits: The Vanishing Game by veronika-theregalcritiques featuring a fit and flare dress

Comment on this review and gain two more entries in our
Spooky October Giveaway!
Written by: Ruzaika @ Wordy & Whimsical date: 10:46