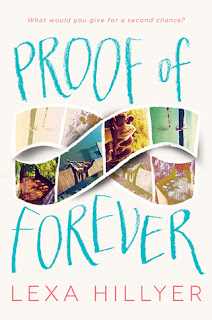 Before: It was the perfect summer of first kisses, skinny-dipping, and bonfires by the lake. Joy, Tali, Luce, and Zoe knew their final summer at Camp Okahatchee would come to an end, but they swore they’d stay friends.

After: Now, two years later, their bond has faded along with those memories.

Then: That is, until the fateful flash of a photo booth camera transports the four of them back in time, to the summer they were fifteen—the summer everything changed.

Now: The girls must recreate the past in order to return to the present. As they live through their second-chance summer, the mystery behind their lost friendship unravels, and a dark secret threatens to tear the girls apart all over again.

Always: Summers end. But this one will change them forever.

When I first read the synopsis, I was quite curious- summer camp, estranged friends and time-travel? Cool!  But once I started reading this I immediately felt this was not for me. Want to know why? Read on.


Despite all these flaws, what made me go on reading was the second half taking an interesting turn. With a few twists and surprises the author managed to keep me engaged- and even the third person point of view worked to her advantage at points.


The author should also be admired for the many relationships she presented in the best way possible. The realistic portrayal of friendship was a BIG plus. The story, focusing mainly on friendship, also gave some sweet romances to witness, and even though there was some insta-love, even that felt acceptable considering the flow of the story.

The character building wasn't worth mentioning, but still, each of them were given their own space and that's something commendable. The four of them were very different personalities, and even though I found myself getting annoyed with all of them at one point or the other (and chances are you would find someone you could relate to), Joy remained being my favorite character throughout the book. The way they found each other in the process of finding themselves was something I really liked.

And my, there was FUN. We get to see Camp Okahatchee in all its summer glory, and we, like Zoe, Tali , Luce and Joy fall in love with it, whether we want to or not. The bittersweet ending was to my liking, and I felt that's what really redeemed this story in my mind. All things considered, even though Proof of Forever wasn't quite my cup of tea, it could very well be yours!