DNF Directory #1: The Girl from the Well & Mind Games & Where You End

You may think me biased, being murdered myself. But my state of being has nothing to do with the curiosity toward my own species, if we can be called such. We do not go gentle, as your poet encourages, into that good night.

A dead girl walks the streets.

She hunts murderers. Child killers, much like the man who threw her body down a well three hundred years ago.

And when a strange boy bearing stranger tattoos moves into the neighborhood so, she discovers, does something else. And soon both   will be drawn into the world of eerie doll rituals and dark Shinto exorcisms that will take them from American suburbia to the remote valleys and shrines of Aomori, Japan.

Because the boy has a terrifying secret - one that would just kill to get out.

Luna is a no-hoper with a secret: in a world of illusion, she can see what is real. But can she see the truth before it is too late?

Luna has always been able to exist in virtual and real worlds at the same time, a secret she is warned to keep. She hides her ability by being a Refuser: excluded by choice from the virtual spheres others inhabit. But when she is singled out for testing, she can’t hide any longer.

The safest thing to do would be to fail, to go back to a dead-end life, no future. But Luna is starting to hope for something better, and hope is a dangerous thing...

Miriam Feldman was always attracted to the artists, the musicians, the boys who wore broken-down cardigans. Boys like Elliot. Their relationship was intense, passionate, all consuming. When they were together, Miriam knew who she was, in the way you can only know when you're deeply in love. But then it ended, and Miriam had to move on. Even after Elliot started seeing someone else. Even after she impulsively destroyed a priceless work of art. Even after she was blackmailed by the mystery girl who saw her do it. After all this, Miriam had to go on with her life. If only she knew how.

The Girl from the Well by Rin Chupeco

I had huge expectations for The Girl from the Well, but can you blame me? It is advertised as Dexter meets The Grudge and has a cover to die for. Plus the summary promises the bestest ghost story ever, one that is actually based on a Japanese ghost story. What could go wrong? Many things as it turns out. Here come my four main reasons for putting down this books.


“When you have resigned yourself to an eternity filled with little else but longing, a few seconds is enough.”

This is going to be a very curt review but I honestly don't have a lot to say about this book, even though I've read nearly 50% of it (that's my goal before DNF-ing a novel). So my four reasons for DNF-in Mind Games.


On a final note, I guess it didn't help that whenever I read Gecko's name this was what came to my mind: 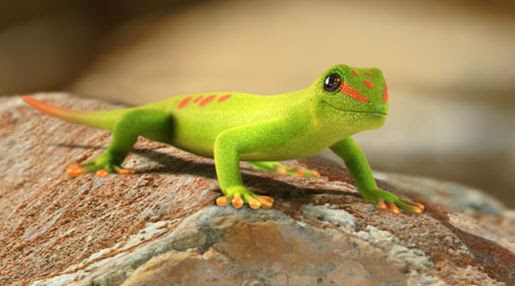 Cute, huh? Just not in the way he should be.

Where You End by Anna Pellicioli

This book was by far the worst from the three I've read. I've seen fantasy in Mind Games and could easily imagine people enjoying The Girl from the Well, but Where You End was way too boring and crazy for my taste.

Meet Miriam whose boyfriend broke up with her not long ago but he's already dating another girl. A normal person might throw a few things in his/her room after a bad break up, not Miriam. She feels as though her whole world ended and destroys a priceless work of art (even though she's an artist as well), at a place where anyone could have seen here, no less. It turns out a girl did see her who, then goes and blackmails Miriam. Sounds exciting right? It's not.

Even though I constantly fell asleep while reading the book, what made me finally give up on the book was Miriam. I could not relate to her character at all. I could not even see her way of thinking. Frankly, I feel like her character, this crazy and obsessed 16-year-old girl, is way too offensive and not at all a realistic portrayal of a normal teenage girl. I could not connect to her, and honestly, I'm glad for that because I don't want to be anything like her.