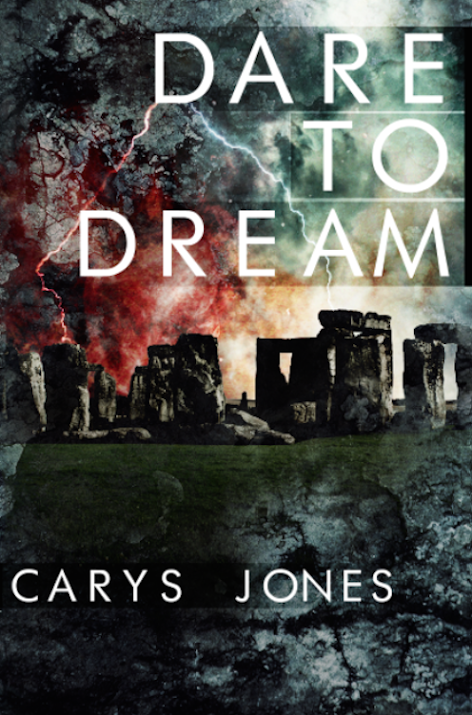 The world was going to end. Of that, Maggie Trafford was certain.

Fourteen-year-old Maggie Trafford leads a normal life. Well, as normal as being crammed in a three-bedroom house with four siblings and a single parent can be, anyway. But despite being
somewhat ignored at home, Maggie excels, earning top grades, a best friend who would do anything for her, and stolen looks from a boy in Maths.

It’s not until the dreams start that Maggie realizes “normal” is the least of her problems. Every night, she lives the same nightmare—red lightning, shattered glass, destruction. But nightmares are just that, right? No one believes her when she says it’s an omen. At least, not until the already mysterious pillars of Stonehenge start falling.

No longer alone in her fear, Maggie and the world watch with bated breath as one after another, the historic stones tumble, like a clock counting down. But only Maggie knows what it means: when the last stone falls, destruction will reign. And when the world ends, there’s only one option left—survive.

Horrifying and raw, Dare to Dream is equal parts tragedy and hope, detailing the aftermath of apocalyptic catastrophe, the quest for survival, and the importance of belief.

I have conflicted feelings about this novel. It had an interesting storyline with relatable characters plus it had some pretty awesome parts, but based on the synopsis I was expecting a more action-packed story. For instance the blurb suggests that the whole world is afraid of what will happen when Stonehenge falls, meanwhile most people couldn't care less. They watched the news (like always) but didn't see anything strange into old stones falling one by one.

I had a few problems with the plot but overall it wasn't bad. Actually, up until Stonehenge completely fell apart I enjoyed the book quite a lot. It was a bit stretched out because after all, nothing really important happened but it wasn't half bad. It had a feel to it that made me anticipate the end of the world. Unfortunately, the apocalypse didn't live up to my expectations. It happened too fast and what came after wasn't that exciting either.

Basically, after the last stone fell Maggie left school with Dawn, her best friend, and Andy the supposed love interest. Then they travelled. And travelled. And travelled a bit more. It wasn't totally boring, of course but I expected more from a story about the apocalypse. What I liked though, was seeing how the characters changed, not always for the better but it was greatly described.

The relationship between the family members was terrible but it felt realistic up until the moment where I started to hate the mother. It annoyed me to hell how she felt like a completely different person than she did in the beginning, and how feeling sorry for herself took the majority of her time. Another thing I didn't like was that all the siblings were described as terrible brothers/sisters. This was way too unrealistic for my taste. I just can't imagine that Maggie is the only normal person in the family, and her other siblings can't act normal even for a minute.

The friendship between Dawn and Maggie was a great addition to the story. I liked Dawn's character, the few problems I had with her could be thanked to the fact that she was pretty young. For a while I thought their friendship will fall apart but thankfully they remained each other's support.

The romance was non-existent, and yet again I blame the synopsis for making me think otherwise when it was barely a promise of what can happen in the future. I quite liked the ending, it was one of those endings that sort of gave us a closure but still left the story open.

Overall, this book is an enjoyable read, recommended to those who'd like to read an apocalyptic novel that concentrates on the characters rather than on the action.

What is your favorite post-apocalyptic novel? 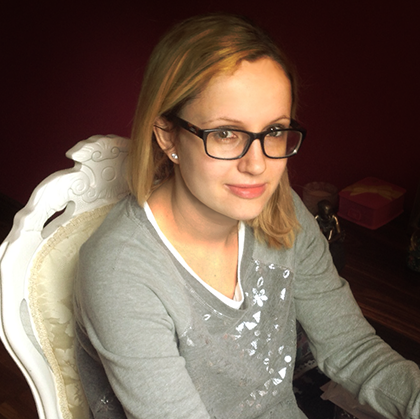 
imagination. Based in Shropshire, England, Carys lives with her husband, two guinea pigs and
her adored canine companion Rollo.
When she's not writing, Carys likes to indulge her inner geek by watching science-fiction films
or playing video games.

She lists John Green, Jodi Picoult and Virginia Andrews as her favorite authors and draws

inspiration for her own work from anything and everything.

To Carys, there is no greater feeling then when you lose yourself in a great story and it is that

feeling of ultimate escapism which she tries to bring to her books.