Fifteen-year-old Piper Crenshaw knows her house is strange. It’s never needed repairs since it was built in the 1800s, and the lights flicker in response to things she says. As if those things aren’t creepy enough, it’s also the place where her mother committed murder.

To prove she’s not afraid of where she lives, Piper opens a forbidden door, which hides a staircase that leads to the ceiling. That’s when the flashbacks of the original residents from 1875 start, including a love affair between two young servants. Each vision pulls Piper deeper into not only their story, but also her house. Piper confides in her best friend, Todd, whom she's gradually falling for, but even he doesn't believe her. At least, not until her house gets axed during a prank, and the act injures Piper instead, cutting a gash the size of Texas into her stomach.

Piper realizes her house isn’t haunted—it’s alive. To sever her link to it, she must unravel the clues in the flashbacks and uncover the truth about her mother’s crime, before she becomes part of her house for good.

Grace can best be described as a daredevil, an Army brat, and a rebel. She is also the only granddaughter of perhaps the most powerful ambassador in the world, and Grace has spent every summer of her childhood running across the roofs of Embassy Row.

Now, at age sixteen, she's come back to stay--in order to solve the mystery of her mother's death. In the process, she uncovers an international conspiracy of unsettling proportions, and must choose her friends and watch her foes carefully if she and the world are to be saved.

I Mustache You Some Quetions

It's been so long since I've done a tag so I was extremely happy when the lovely Holly over at The Fox's Hideaway tagged me to do this challenge! Thanks so much! <3 I'm so jealous of those who could easily come up with 4 things to all of these topics because I failed miserably.
Keep Reading »
Written by: Veronika @ Wordy and Whimsical date: 14:16 20 comments:

"Hateful words had a way of worming beneath the skin, until they became the unbearable echo in your head. But I wasn’t listening anymore."

Edie Kramer has a score to settle with the beautiful people at Blackbriar Academy. Their cruelty drove her to the brink of despair, and four months ago, she couldn't imagine being strong enough to face her senior year. But thanks to a Faustian compact with the enigmatic Kian, she has the power to make the bullies pay. She's not supposed to think about Kian once the deal is done, but devastating pain burns behind his unearthly beauty, and he's impossible to forget.

In one short summer, her entire life changes, and she sweeps through Blackbriar, prepped to take the beautiful people down from the inside. A whisper here, a look there, and suddenly... bad things are happening. It's a heady rush, seeing her tormentors get what they deserve, but things that seem too good to be true usually are, and soon, the pranks and payback turns from delicious to deadly. Edie is alone in a world teeming with secrets and fiends lurking in the shadows. In this murky morass of devil's bargains, she isn't sure who—or what--she can trust. Not even her own mind...

Hello everyone. For today's TTT there wasn't a given topic, we all have to choose our own. I love re-reading because as I change my judgement of books changes as well, and it's always great to re-read a story and see it in an entirely different light. Plus I do believe that a truly good book has something new to show you every single time you read it. I have many books that I want to re-read so I decided to make a list out of series that I'm planning on re-reading. Some of these series aren't completed yet.

“Sometimes you think you want something,” Arin told him, “when in reality you need to let it go.”

Book two of the dazzling Winner's Trilogy is a fight to the death as Kestrel risks betrayal of country for love.

The engagement of Lady Kestrel to Valoria’s crown prince means one celebration after another. But to Kestrel it means living in a cage of her own making. As the wedding approaches, she aches to tell Arin the truth about her engagement…if she could only trust him. Yet can she even trust herself? For—unknown to Arin—Kestrel is becoming a skilled practitioner of deceit: an anonymous spy passing information to Herran, and close to uncovering a shocking secret.

As Arin enlists dangerous allies in the struggle to keep his country’s freedom, he can’t fight the suspicion that Kestrel knows more than she shows. In the end, it might not be a dagger in the dark that cuts him open, but the truth. And when that happens, Kestrel and Arin learn just how much their crimes will cost them.

Hey guys. Today's Top Ten Tuesday topic is: the top ten 2014 releases I meant to read but didn't get to. I had a crazy amount of 2014 releases that I wanted to read and many remained unread so it'll be a torture to reduce them to 10. I hope you enjoy my list.

Royal Rantings #2: Should we judge books by their authors? 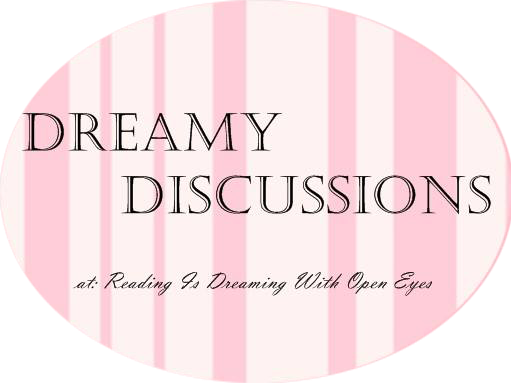 Hello dearies. Today I'm here with my second discussion post. I picked this topic because in the end of 2014 I read a tweet by an author that changed my opinion of her completely. Since then I can't stop wondering if I should continue with a series by her or stop reading her books altogether. I'm really looking forward to reading your thoughts upon this topic, I asked some questions to help but honestly just say whatever you want. Who knows? Maybe you'll be able to help me decide what to do. :)

"The truth is like that water: it doesn't matter how hard you try to bury it; it'll always find some way back to the surface. It's resilient."

Left for dead in the fields of rural Oregon, a young woman defies all odds and survives—but she awakens with no idea who she is, or what happened to her. Refusing to answer to “Jane Doe” for another day, the woman renames herself “Water” for the tiny, hidden marking on her body—the only clue to her past. Taken in by old Ginny Fitzgerald, a crotchety but kind lady living on a nearby horse farm, Water slowly begins building a new life. But as she attempts to piece together the fleeting slivers of her memory, more questions emerge: Who is the next-door neighbor, quietly toiling under the hood of his Barracuda? Why won’t Ginny let him step foot on her property? And why does Water feel she recognizes him?

Twenty-four-year-old Jesse Welles doesn’t know how long it will be before Water gets her memory back. For her sake, Jesse hopes the answer is never. He knows that she’ll stay so much safer—and happier—that way. And that’s why, as hard as it is, he needs to keep his distance. Because getting too close could flood her with realities better left buried.

The trouble is, water always seems to find its way to the surface.

A spirit board, a murder, and a cold case that refuses to stay hidden.

Harmony Wolcott's already difficult life is about to get harder when her recurring nightmare takes a paranormal twist. Haunted, terrified, and questioning her sanity, Harmony must relive an event she refuses to remember, even if it costs her life.

What starts as a message from beyond the grave turns into something dangerous that won't be ignored. The only way to stop it is to understand who it is and what they want. Together with her best friend, Brea, Harmony investigates her childhood, starting with the mysterious street address someone or something has given her.

The dilapidated home seems like something from another lifetime, a place of mixed memories where Harmony and Brea's friendship had started, and where their families' lives had intersected years earlier. What happened there might well be the town of Reston's best kept secret.

A tragic discovery threatens to unravel Harmony's patched together life, bringing those she loves down with her and proving with devastating consequences that sometimes the past is better left buried.

I pasted in the blurb of every book, this way you can easily decide if you like it or not. As always, click on the covers for Goodreads page.

"There is not always a good guy. Nor is there always a bad one. Most people are somewhere in between."

The monster showed up after midnight. As they do.

But it isn't the monster Conor's been expecting. He's been expecting the one from his nightmare, the one he's had nearly every night since his mother started her treatments, the one with the darkness and the wind and the screaming...

This monster is something different, though. Something ancient, something wild. And it wants the most dangerous thing of all from Conor.

It wants the truth. 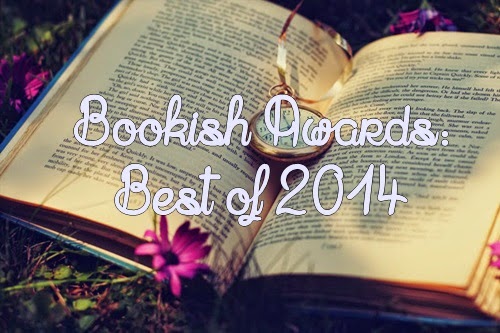 Hello dearies. Today I'm here with my favorite books and authors of 2014. Why am I not participating in the End of Year's Book Survey like nearly everyone else? Because by the time I heard about that survey this post was half done and I don't like working for nothing so in the end I'm posting my own bookish awards, or call it whatever.
Hope you'll enjoy it. 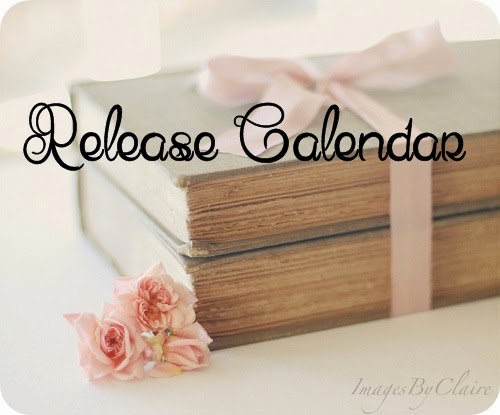 Happy New Year to all of you! With January come many-many new releases I'm excited about, 11 in total! I hope you'll find some on my list that you can't wait for either.

Tell me in the comments what books are you waiting for in January. I'm always waiting for recommendations, even though my TBR list will never ever end.