Hello sweeties. Today I’m here with The Sham Blog Tour. The Sham was written by Ellen Allen and seems to be a very amazing book, so do check out the excerpt I pasted in my post. Don't forget to visit the other tour hosts! You can find reviews, other excerpts, and author interview and a playlist. 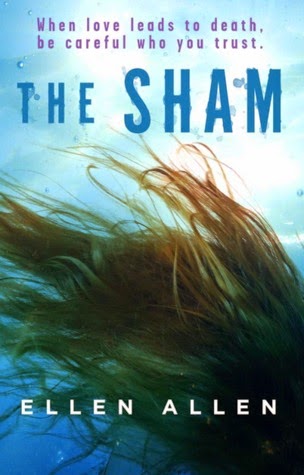 When love leads to death, be careful who you trust…

Eighteen-year-old Emily Heath would love to leave her dead-end town, known locally as "The Sham", with her boyfriend, Jack, but he's very, very sick; his body is failing and his brain is shutting down. He's also in hiding, under suspicion of murder. Six months' ago, strange signs were painted across town in a dialect no one has spoken for decades and one of Emily's classmates washed up in the local floods.

Emily has never trusted her instincts and now they're pulling her towards Jack, who the police think is a sham himself, someone else entirely. As the town wakes to discover new signs plastered across its walls, Emily must decide who and what she trusts, and fast: local vigilantes are hunting Jack; the floods, the police, and her parents are blocking her path; and the town doesn’t need another dead body. 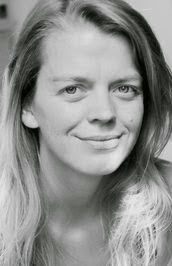 In a previous life, Ellen Allen was an Associate Director in a small consultancy firm (focusing on Sustainable Development and Climate Change) running research projects and writing client reports. She doesn’t find fiction writing too dissimilar in process but she gets to use her imagination considerably more! She now lives in the south of France with her small daughter. You can contact Ellen Allen on twitter @EllenWritesAll or on facebook (EllenWritesAll). Alternatively, find her on Amazon or read her writing blog here.

Ellen Allen on her inspiration for The Sham

The idea for this book came to me in a nightmare. It was so vivid that I imagined I was 17 again, at school, in the same group of 4 friends that I used to hang around with. We were involved in a murder and cover-up. I started writing partly as a way to get it out of my head and then the characters turned into real people... and Emily and Jack were born.

We stood facing each other for a couple of seconds in the damp, surrounded by water – under my feet, over my head – like we were submerged in a dark drain, giving each other new-girl smiles, the kind where you don’t know how smiley you should be.
“Well,” she said. “Welcome to our town?”
I threw a small smile in Cath’s direction.
“No worries.” I was struggling to contain Lily in her seat as she tried to climb out. She’s always so fearless. I swear she’s the eldest child, not me.
Rebecca gave me a sarcastic wave with high in the air hands, “So,” she said. She was exhausting to watch; she always blinked more than usual, like she’d just eaten something spicy or drunk something too hot. “Welcome to The Sham.”

The Sham? Mum had called our new home a lot of things since we arrived; crappy, small, dead end, shit. Stevie says you can tell a lot about a town by its name, which makes Clevesham one fucked up place. “Cleve” is how – in the old days – they used to spell,cleave (kleev) verb, also cleaved, or (Archaic) cleft, clave, cleav-ing.

1. Cleave: To adhere closely, to stick, to cling, to remain faithful
2. Cleave: To split or divide, penetrate or pass through.

See how weird that is? If you use the word one way, it means to join but use it another way and it means to divide, which is sort of how Mum feels about the place the entire time. Stevie says it’s the only verb in the English language with two almost contrary definitions, with synonyms and antonyms that match. That’s before we even get to the “Sham” part. It’s from the old English word, “hom”, meaning home, but in these parts, it also comes from “hamme”, which is the land on a river that floods a lot (I’d heard that in winter, the swings serve more as swimming pool than park). So kind of not very homely at all. I’d been planning my escape ever since we arrived.

Alright, this was all for today. I hope you enjoyed my post and have already added it to Goodreads and are checking it out on Amazon. :)

This tour was hosted by: