Kate Karyus Quinn - (Don't You) Forget About Me

“Everyone falls eventually,” Piper told me. “You think it’ll hurt. But it’s falling with no bottom. You just keep going and going forever, just falling deeper and deeper. And once you stop being scared, it’s kind of fun.”

A place where no one gets sick. And no one ever dies.

Except...
There’s a price to pay for paradise. Every fourth year, the strange power that fuels the town exacts its payment by infecting teens with deadly urges. In a normal year in Gardnerville, teens might stop talking to their best friends. In a fourth year, they’d kill them.

Four years ago, Skylar’s sister, Piper, was locked away after leading sixteen of her classmates to a watery grave. Since then, Skylar has lived in a numb haze, struggling to forget her past and dull the pain of losing her sister. But the secrets and memories Piper left behind keep taunting Skylar—whispering that the only way to get her sister back is to stop Gardnerville’s murderous cycle once and for all.

I really really wanted to enjoy this book, it had great potential but it failed to impress me. I'm so disappointed guys, I've been waiting for months to finally read this book and what did I get in the end? A boring and messy story with a rushed ending. I'm sure (Don't You) Forget About Me will join to those books that I forget a few weeks after I'd read it.

Let's talk a bit about the background story so you'll get a better picture of why I didn't like this novel. Skyler and her sister, Piper did everything together, they were inseparable, some might say they were one and the same. But everything fell apart when Piper killed her classmates in her fourth year madness and had been separated from Skylar afterwards.

Since then the teacher, Ethan who Piper'd dated announced a revolution against the fourth years, his lovely way of saving people is keeping them in the dark and selling drugs to them. His main customer? Skyler who just wants to forget everything with the help of the little blue 'forget-me-not' pills.

From the first moment when I realized that Skylar is a drug addict I wanted to put down the book because while I read books about people with addiction I always thought that mixing any addiction into a fantasy is risky. Well, I thought, let's continue and see how the author will manage to write this heavy subject into a YA fantasy.

I wasn't happy with how Skyler's addiction was treated. If the author thought that putting this into the story was important than she should have worked it into the book in a better way. Even after years of taking the drugs every day, I still wouldn't call Skyler addicted to those pills because one day she thought one and without further consequences stopped taking the pills. Really? This isn't the right way to demonstrate how wrong drug addiction is. You can't just go around and say that you can come off drugs in a day time, it's not right and not true.

According to the story most people went to Gardenville because they had some serious illness, and yes I can understand why they would choose to live in a horror town like this just to stay healthy. You know what I didn't tolerate? That these people, such as Skyler's mum didn't send away their children when they knew that the youngs will most likely be affected by the fourth year madness. I would do anything at all to send my kids away from that madness because one way or another they will be affected by the wrongness of the town.

You know there's something wrong with a place when a teacher can start to date with a student and then cheat on her with another student, who of course gets pregnant. The people didn't freak out, instead they treated Ethan like a king of all. It was horrible to see how he was a dictator and they didn't even realize it.

I don't have a sister (or a brother for that matter) but I have more than one friend who have, and you know what? They aren't half as obsessed with them as Skyler was with Piper. Skyler wasn't able to have a single thought without her sister, it made me really uneasy how she depended on Piper.

Most of the time I was surprised if Skyler could put two and two together but don't get too worked up because she rarely did. There was this guy, Foote, he was the love interest, one day he came back to the village with holes in his shirt that were clearly from gunshots. Skyler saw many other occasions after this one when Foote survived things he shouldn't have but she never ever guessed that he had a special ability that made him invulnerable.

The romance was horribly wrong. Seriously, I didn't see any sparks between Foote and Skyler. They didn't seem cute to me and they sure as hell didn't seem that serious to me as the ending suggests.
Before the battle between Skyler and Piper, Foote's memories got lost so he couldn't remember to Skyler. He went away so again there it was the YA dystopian cliché when the girl does everything just so we can see what a huge heroine she is. Another reason for hating this book. Of course in the end Foote started to remember again but what I missed was a huge romantic scene and not dry facts from Skyler's mouth about them moving away together.


The ending was simply rushed, many things happened at once, starting off with a huge battle. We couldn't read about either one of these things, it seemed to me that the author got bored on her own book and ended up telling us how things went down in one page.

Skyler: She was the weakest and stupidest heroine I've read about in a long time. She was annoying and understood things in the last moment. She was selfish, she didn't care about what Ethan did was wrong, she helped him as long as she got her daily dose of forget-me-nots.

Foote: I absolutely adore how YA authors think that if they give a sob story to a character that will make us readers love him or her. It doesn't work that way. The thing the author has described about Foote's special ability was ridiculous and unbelievable to me. It's one thing that someone survives anything, it's a completely different thing that they can somehow protect others too without being next to them.

I don't know what can I say about the other characters. Ethan was a complete dick and a cheater and I don't even know which thing I hated in him the most. Piper was such a plain character, I didn't learn anything about her besides that she was crazy and in love with Ethan.

The grandmother was a weak character as well, she stormed into the story whenever Skyler had to think through her life or get more information. Skyler's mum was simply there without being actually there. At one point of the novel she seemed like she cared but the other times she just babied Wills. 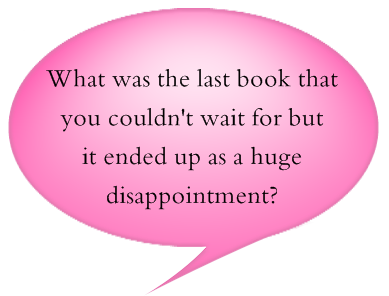