"Don't let them change me, I prayed silently. Let me keep my mind. Let me endure whatever there is to come."

Sydney Sage is an Alchemist, one of a group of humans who dabble in magic and serve to bridge the worlds of humans and vampires. They protect vampire secrets—and human lives.

In The Fiery Heart, Sydney risked everything to follow her gut, walking a dangerous line to keep her feelings hidden from the Alchemists.

Now in the aftermath of an event that ripped their world apart, Sydney and Adrian struggle to pick up the pieces and find their way back to each other. But first, they have to survive.

For Sydney, trapped and surrounded by adversaries, life becomes a daily struggle to hold on to her identity and the memories of those she loves. Meanwhile, Adrian clings to hope in the face of those who tell him Sydney is a lost cause, but the battle proves daunting as old demons and new temptations begin to seize hold of him. . . .

Their worst fears now a chilling reality, Sydney and Adrian face their darkest hour in this heart-pounding fifth installment in the New York Times bestselling Bloodlines series, where all bets are off.

Before anything else you have to understand how big fan of Bloodlines I really am. Seriously, I don't remember shipping any other couple as hard as I ship Sydrian. Now that's out of the way you might understand my mortification when Silver Shadows didn't live up to my expectations. It wasn't that it was bad but it just simply isn't a five star book and this, sweeties was horrifying to me.

My main problem is that the story wasn't exactly action packed and even when things happened I felt like everything was way too easy. For example the rescue. First Marcus was somehow able to get information about where the re-education centre could be, then they easily found someone who was able to tell information about the climate of the place and after this where Sydney was kept was easily figured out. And don't even start me on how easily they took down a militarized building.


“Rest easy, we are not taking you as a prisoner. We are saving your dumb ass so you can go join your lame colleagues.”

My other problem was that I had to be disappointed in one of the characters, namely Adrian. I'm not sure if he had any reason to feel as sorry for himself as he did when Sydney was the one who was being tortured and kept like an animal.


“But with Sydney... with Sydney, I'd had it all- And lost it all. Love, understanding, respect. The sense that we'd both become better people because of each other and could take on anything so long as we were together. Only we weren't together anymore. They'd ripped us apart, and I didn't know what was going to happen now.”

I tried really hard not to judge Adrian when he constantly turned to alcohol but there was only so much I could bear, and using Nina was the end of it. Poor girl was obviously in love with him and don't even tell me that Adrian didn't know that. Well, he told her about Sydney but he brought Nina with him everywhere, of course she thought that he liked her back.

Adrian was drowning in self-pity while he wasn't the one who was suffering, not physically anyway. He gave up searching for Sydney in dreams for days because he couldn't bear the disappointment when she was never there. Does this give you permission to give up the searching? NO.


“Oh, man. You’re him. The cute and brooding vampire boyfriend.”

We saw so little of the crew, I mean Eddie, Angeline, Jill and Trey which was kind of disturbing since everything started with Jill. Plus I missed all of them like crazy. In the end they made a reappearance, at least some of them but it was too little too late.

Adrian and Lissa are supposed to have a great relationship plus she's a spirit user so why the hell didn't she realize that Adrian was completely depressed? I know that constantly partying is usual for him but still Lissa should have felt that something was really off. And when he asked her about Sydney more than once, why the hell didn't Lissa realize that he was in love with Sydney? Or if she did realize it then why didn't she try to help as friend and not as a queen.

Sydney was mostly her usual self and I felt really sorry for her, the things she had to endure were terrible. Still she did everything in her powers to help others even if that meant that she had to risk her own life.

I'm going to say something that's really hard for me to admit: I liked the books better when we didn't have Adrian's POV. *shocked silence* It's no secret that Adrian is one of my favorite fictional boyfriends so why is that? Even before his POV it was obvious that Sydney was more mature but as I was reading both POVs I felt like Sydney wasn't just the mature one in their relationship but the adult too. I first thought this in The Fiery Heart but unfortunately in Silver Shadows Adrian acted more childish than ever.

The last bad thing I'll say is something that happened close to the end of the novel. I don't think this event was necessary, I'm all for love but this was too soon. It hurts so much to see that my favorite characters decided to do this because they were forced to. Anyways, I'm still sure in their love but I'd have preferred some more time before this takes place.

Despite how hard I'm being on this book there were things that I really loved in Silver Shadows, starting with Marcus. I hadn't been particularly fond of him, I have to admit that I was afraid of a love triangle in the third book but he was the best in this novel. I really loved him and I hope if Richelle Mead plans to write more books in this world she'll choose him as a main character. Or at least he'll have his happy ending in The Ruby Circle.

I was glad for a chance to meet with Sydney's older sister, she seemed really cool and I hope we'll get to see more of her in the next book.

No matter how many problems I had with Adrian I still love him and Sydney together, and while I was sad because they didn't talk that much after their reunion I still loved their interactions.


“Are you in a suit?” I managed at last, my voice chocking up. “You didn’t have to dress up for me.”


“Quiet, Sage,” he said. “I’ll make the hilarious one-liners during this daring rescue.”

I have to admit I love this series so much that I wanted to give five stars to Silver Shadows even after didn't particularly liking it, because any other rating feels like I'm betraying this series. But then I thought about my other books that really deserve to have a five star rating and how this would be a betrayal to those thus I'll give 4 stars to this book. Don't question my logic.

{If Silver Shadows wasn't part of my favorite series I'd probably give 3 stars to it.} 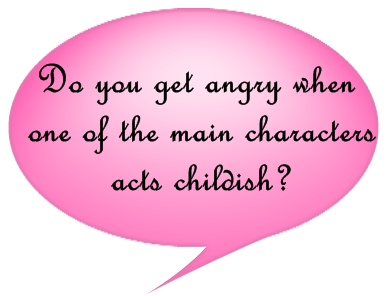