“What was worse than losing you was when you started to hurt me. Your words and actions made me hate coming to school. They made me uncomfortable in my own home.” 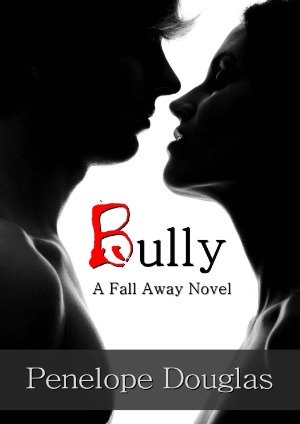 My name is Tate. He doesn't call me that, though. He would never refer to me so informally, if he referred to me at all. No, he'll barely even speak to me.

But he still won't leave me alone.

We were best friends once. Then he turned on me and made it his mission to ruin my life. I've been humiliated, shut out, and gossiped about all through high school. His pranks and rumors got more sadistic as time wore on, and I made myself sick trying to stay out of his way. I even went to France for a year, just to avoid him.

But I'm done hiding from him now, and there's no way in hell I'll allow him to ruin my senior year. He might not have changed, but I have. It's time to fight back.

I'm not going to let him bully me anymore.

Bully was a book that I was hesitant to pick up because of the subject. This book is typically one of those that I hated but still couldn't stop reading. What I liked in it was close to nothing while I could go on and on about the things that annoyed me.

His last words also irked me. He was setting me free, allowing me to date. The nerve! In my sick, twisted attachment to the boy who used to be my friend, I still took some comfort in the attention he showed me. Even if it was negative attention, at least he acknowledged my existence in some way. Maybe, if he still took the trouble to cross my path, then he might be holding a piece of me with him, too.

What the actual fuck is this? This was what I asked myself throughout the entire novel.

First I'm going to write about the things that made me give this book two stars instead of one. As I said before I couldn't stop reading Bully, it was perfectly written for a romance book. I liked the memories from Tate and Jared's childhood, back when they were friends they were pretty cute but unfortunately this took up 2% of the book and the other 98% was torturous.

This book contained many of my hated topics, bullying, slut-shaming and cheating were just the biggest things but believe me when I say they were just the start.

Let's start with the most obvious, the bullying. Tate was bullied for years by Jared because of some stupid reason that doesn't even make sense. Jared came home after a horrible summer and the thing he wanted the most was to see Tate again and when he found her he saw something that made him feel betrayed. The scene that he described shouldn't be that devastating to a 14-year-old boy and it should not make him hurt and shame the girl he supposedly loves. I'd expect a week or a month of coldness and even that is a bigger deal than it's supposed to be but years of torturing is plainly cruel.

Bullying is horrible even when you don't know personally the person you're hurting but knowing everything about her and still make her feel like shit? The worst thing I can imagine and this is why I'll never sympathize with Jared no matter what.

Besides some huge speeches they never talked that much, I mean even if they were so much in love at the age of 14, they changed a lot and they should have done a few things together, starting with talking and not making out.

Tate didn't have any self-respect and I wanted Jared to go out of his way to prove her that she's worthy of anyone's love, instead I got some making-out and sex scenes and Tate's issues were long forgotten. The characters weren't as mature as I'd expected in a New Adult novel by far. Jared couldn't make the first step and Tate's love for him was far too naive if you ask me.

I shouldn't be surprised that cheating appeared as well. K.C.'s boyfriend cheated on her and his excuse was:


“Why did you cheat?
Running his hands through his dark hair, he leaned back against the truck. “Because I could. Because I got caught up in the scene at the Loop. There were always girls around, and I let it go to my head. K.C. would only come with me every so often, and even then she wasn’t interested.”


Really? And do you know how K.C. tries to forget Liam? She gets cozy with Jared who made Tate hate herself at more than one occasion. K.C. and Tate were supposed to be best friends. In my world you don't just go around making out with the guy who made your best friends feel miserable, but hey maybe I'm wrong.

Here comes one of my favorite parts. Tate hears that Jared only hit on K.C. to make her feel more alone than she already does. Do you know what she does? She gets jealous at K.C. because she's kissing Jared and he seems like a great kisser. What the hell is wrong with you? When Tate tries to tell K.C. that Jared is only with her because of Tate, K.C. defends him and acts like Tate is the one who makes a big deal out of everything.

This friendship is horrible wrong on both sides, which was maybe the thing that disgusted me the most in this book. How quickly would these two put the other's feelings aside for guys was swept under the table when K.C. forgave Liam and Tate and Jared became a thing. Because of course guys come before your bestfriend.

I absolutely detest slut-shaming, more so if guys who sleep around are shown as an alright thing while girls are sluts if they do the same. Everyone did what Jared asked, he was like the king of the school without lifting a finger, all the girls wanted him even if it wasn't a secret that he threw them away like garbage.

"I doubt you even wait until the condom’s off before forgetting their names."

This lovely sentence is said by Madoc, Jared's best friend who is a complete ass by the way but he magically changed by the end and then everyone was happy, he even got his own novel. Of course Tate forgave him too, no matter how many horrible things he did in the past, they became friends in two days time because he's funny and a good guy.

So if it's for a guy to treat girls like trash and even be proud of it then why the hell was Tate so angry at Piper who didn't do anything but had sex with Jared and then tried to keep his interest? Piper is made to look a monster again in the end when she tries to take revenge on both Tate and Jared. She's branded as a selfish bitch while Jared is the prince in a shining armour.

These things overshadowed my smaller problems with the novel like when Jared took Tate to prom but wouldn't even dance with her because he doesn't do stuff like that in public... I don't think anyone ever died of a dance.
Near to the end when that 'shocking' thing happened Tate didn't trust in Jared who was actually surprised. Seriously? It wasn't unlikely of him to try to ruin Tate's reputation.

When Tate said something horrible to Jared after years of silence he had the nerve to be hurt. What.The.Hell. It was pretty bad what Tate said but it's not like Jared didn't said or done anything worse to her. I thought that this will be the moment when Jared will realize how much it hurts but no, he continued being cold to Tate even after he had the chance to feel just like she was feeling all the time.

“Tatum?” His voice sounded soft and gentle, and I instantly felt warm all over. But then he spoke again. “I wouldn’t care if you were alive or dead.”
All the air left my body, and I sat on the tree branch feeling completely defeated.

Have any idea what Tate does after this? She fucking apologizes for what she said in class. So if someone is bullying me all the time, tries to take away all my friends I should just sit back and stare, am I clear? Or else I'll be a bully. Great, just great.

What I wanted from this book was for Tate to fight back, to stand up for herself, to look into Jared's eyes and tell him to go fuck himself. Instead I got a girl who after years of bullying was still naive and who daydreamed about a guy who treated her like a piece of shit. Ben, a nice guy who asked Tate out was made to look like the bad choice when he got drunk at a party and wouldn't take Tate home while Jared came to her defense. Throughout the book I wanted nothing more than hang up Jared by his balls. I hated him, no matter how cheesy or cute lines he got. 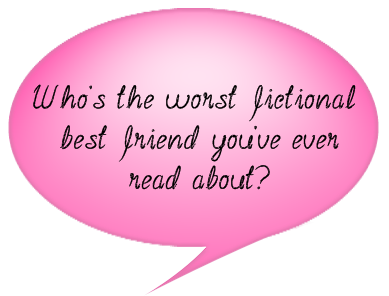