“But you're a prisoner," said Thorne.
"I prefer damsel in distress," she murmured.

In this third book in the Lunar Chronicles, Cinder and Captain Thorne are fugitives on the run, now with Scarlet and Wolf in tow. Together, they’re plotting to overthrow Queen Levana and her army.
Their best hope lies with Cress, a girl imprisoned on a satellite since childhood who's only ever had her netscreens as company. All that screen time has made Cress an excellent hacker. Unfortunately, she’s just received orders from Levana to track down Cinder and her handsome accomplice.
When a daring rescue of Cress goes awry, the group is separated. Cress finally has her freedom, but it comes at a high price. Meanwhile, Queen Levana will let nothing prevent her marriage to Emperor Kai. Cress, Scarlet, and Cinder may not have signed up to save the world, but they may be the only hope the world has.

If you enjoyed Cinder and Scarlet, I can guarantee that you'll fall head over heels in love with everything what Cress is. I didn't think that there's more to come after two amazingly written books but here it is: Cress was action packed, funny, sweet and sad all in all it was plain awesomeness. The Lunar Chronicles is definitely one of the best series I've read in a while.

As you can see it in the blurb our lovely characters got separated in Cress. God, you can't even imagine how mad I was. I didn't want anything for them but to have their... well not their happy ending obviously but a happy middle at least. And then what happens? They have to suffer horrible events yet again. However, as the story went on I realized that this was completely necessary and Marissa Meyer couldn't have done it better.

Thanks to the separation, we got many POVs, at least five and we had the chance to see more of this world. Since the beginning we saw lots of places but I think Cress was the novel in which I learned the most about this world and Luna. First off we met with everyday people, some helped while some tried to hurt others, just like in real life. I love that Marissa Meyer didn't make it seem like that all humans are good and all lunars are bad, there are good and bad people on both sides. The Lunar Chronicles may be the series in which I feel the world building the most complete.

I have to add that I usually hate too many POVs more so if the author writes in third person but not in The Lunar Chronicles, the many point of views are the things that make this story more interesting and unique.

All the characters were incredible, Scarlet proved how strong and brave she really is while we had the chance to see just how deeply Wolf loves her. Kai's already had to sacrifice so many things as an emperor and his sufferings did not end in Cress either but he would have done anything for his people. Cinder made the decision of fighting with all she got to save both Luna and Earth and she did well as far as I can see. I always thought there's more in Thorne than it seemed and I was so right, he was patient and kind while he still kept his hilarious attitude.

“She smoothed her skirt around her knees. “This Scarlet … you’re in love with her, aren’t you?” (Cress)


He froze, becoming stone still. As the hover climbed the hill to the palace, his shoulders sank, and he returned his gaze to the window. “She’s my alpha,” he murmured, with a haunting sadness in his voice.”

Cress was literally the sweetest character ever, she had the biggest crush on Thorne even before meeting with him.

At the top of his file was a three-dimensional holograph scanned in from his military graduation. Cress preferred it to the infamous prison photo that had become so popular, the one in which he was winking at the camera, because in the holograph he was wearing a freshly pressed uniform with shiny silver buttons and a confident, one-sided grin.
Seeing that smile, Cress melted.
Every. Time.


She's one of my favorite characters, she's pretty naive, she makes up fairy tales in her head all the time but she's still strong. She's been living alone for a long time without any company, without feeling loved but still she has a kind heart and a lovely personality.

Their eyes had met for the first time, and by the look of pure amazement on his face, she knew he felt it too.Heat crept up into her cheeks. Her hands began to shake.
“Aces,” Carswell Thorne murmured. Dropping his feet to the ground, he leaned forward to inspect her closer. “Is that all hair?”
The bond snapped, the fantasy of one perfect true-love moment disintegrating around her.Sudden, overwhelming panic clawed up Cress’s throat. With a squeak, she ducked out of view of the camera and scrambled beneath the desk.

Marissa Meyer makes complex characters because she adds some flaws to the them but they all have many virtues as well, which is much more realistic than adding one big ass flaw to the characters like many authors do. (Really who's as clumsy as Twilight Bella? No one.) I like that when I can think back to characters and remember many features of them.

All considered Cress was even more better than Cinder and Scarlet, I'd recommend you to start reading this series if you hadn't yet. 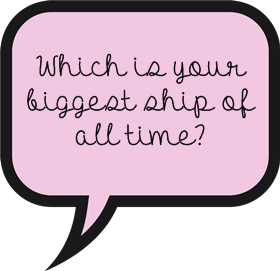