"Tiff, I couldn't have dreamt up a more perfect guy. He's smart and funny and, oh my God, so talented. And he's sweet, too..." I sigh, remembering how he reached across the table and touched my hand. "And totally, ridiculously, insanely gorgeous." 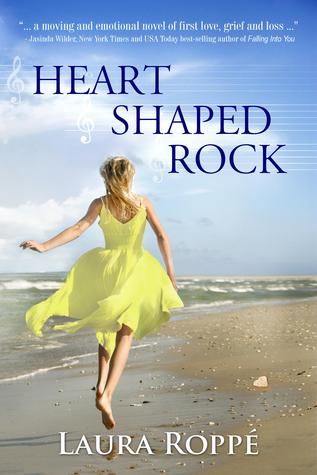 Sometimes a shattered heart needs to sing to love again. . .


Sixteen year old singer-songwriter Shaynee Sullivan hasn't so much as touched her guitar since her mom died six months ago. But when she meets a gorgeous and surprising rocker named Dean, her shattered heart begins to mend . . . and then burst at the seams. Heart-wrenching, heart-warming, and sometimes even heart-racing, Heart Shaped Rock will leave you laughing through tears and rooting for love in all its forms.

I received a digital copy in exchange of an honest review.

I sat down with this book convinced that it won't disappoint me after reading reviews in which people said that Heart Shaped Rock is extremely touching. Well, not for me. I am ready to say that maybe the problem is with me, it takes a certain kind of book to make me feel and unfortunately Heart Shaped Rock is not that book.

I have to say that Heart Shaped Rock definitely has a cute atmosphere and it just makes you root for the couple from the beginning, or so they say. The relationship of Shaynee and Dean left me cold and not even because it was an insta love, yeah you heard read it right, here comes manys most despised thing, the insta-love. What was worse (much, much worse) than the insta love was how freakishly few scenes they had together when this book was supposed to be "an emotional novel of first love" (quote from Jasinda Wilder, can be found on the Goodreads page). I get that dealing with a loved one's death was an important topic too so of course it took some pages away from the love story but I felt like it would have been better if the romance had been taken more lightly so I would have been able to concentrate on the way how Shaynee was trying to cope with her mother's death.

What bothered me more was that I didn't felt like I was sitting on an emotional roller coaster, not even close to it. This was a big problem for me because when I read a book filled with grief, first love, friendships and relationship drama I expect all the feelings to hit me in the heart so I can feel everything at the same time as the characters do. The lack of this is a huge no-no in every kind of book for me.
e.g. When Shaynee wanted to spill everything out to Dean and Caleb promised that he will arrange a meeting but Shaynee didn't get the chance to talk to Dean but she saw him ride away with a girl on his motor.


Shaynee can't deal with her mother's loss so she pretends that everything is fine along with her father who is just as emotionally unstable as his daughter. I felt really sorry for the old man but I was more angry at him than anything. Because hey, here are your children who would need you to help them move on with their lives. Lucky thing is that the little brother, Lennox was stronger than his other siblings.

Lennox was just plainly adorable, I loved how wise and kind he could be despite his youngness. I loved that he didn't just abandoned his dad and Shaynee but tried to help them recover and after every single failed attempt he tried again and was able to forgive when Shaynee wasn't very kind to him. It would be fun to read a book about his future self. (Do you hear me Laura Roppé? :D)

"I'm climbing up into the tree with you, Flint," he whispers. "We'll stay up here in this tree, together, for as long as it takes." He squeezes me tight, as buckets of tears stream out of my eyes. "I guess you'll just have to deal with my chimpy arms holding you tight."

I won't say that I hated Shaynee for coping with her mother's death the way she did, because that wouldn't be true. Everyone grieves differently and goes through different phases but one thing is for sure: Shaynee suffered a loss that no one is prepared at the age of 16.

I didn't like the way she dealt with her grief but I can't judge her because I never had to endure such a thing but here's the thing: her being a bitch to her brother and Tiffany (best friend) didn't help me liking her. She didn't want to think about their mother, didn't want to feel so she got angry whenever her brother talked about his feelings, on some occasions she went as far as fantasizing about hitting Lennox.


"I stand there, looking at him, deciding whether I should comfort him (again), leave the room, or punch him in the face. The latter two options are my top picks."

Shaynee got angry at Tiffany for stupid reasons, and not once in those 6 months she thought about Tiff's feelings. She didn't care if she was harsh with her friend, in fact sometimes she even let Tiffany apologize and/or take the blame.

Tiffany could easily win the bestest 'book best friend' award, she wasn't just caring and sweet but she genuinely wanted to help Shaynee, she was patient with her friend, even when Shaynee wouldn't have deserved it and she put aside her own life and feelings just to make Shaynee's life a little less miserable.

"Since day one working here, Tiffany's never stopped going on and on about you, her Best Friend Shaynee. About the amazing songs you write. And your incredible singing voice. And your fancy vocabulary and amazing brain. About how funny you are. It just goes on and on."

See? Everyone should have a Typhani (lol) Tiffany as well as a mum like Dean's was who deeply cared about Shaynee and tried not to(o many times) interfere into her son's love life.

Dean was perfect maybe a bit too perfect if you ask me but whatever I loved him. He never intended to hurt Shaynee, he wanted to make her really happy but let her be angry at him and gave her space when she needed it.

What I really liked in Heart Shaped Rock was the character development, Shaynee started off as a not very likable girl but by the end of the book I she changed tons because she started to see things differently.  She made lots of mistakes while she was walking down the road to recovery but I think the main point of the book was her way as she was trying to heal.

What you might not know is that all the songs which were performed in the book were recorded, you can check them out on the page of Laura Roppé. I personally love Heart Shaped Rock, the girl has a beautiful voice and the lyrics is amazing as well.

I'm so sad for not liking this book more, it sounded like such a great story but it failed to make me feel and I didn't fell in love with the characters. 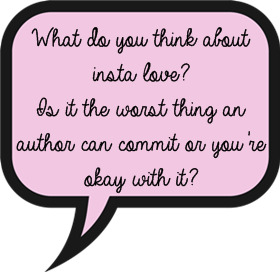