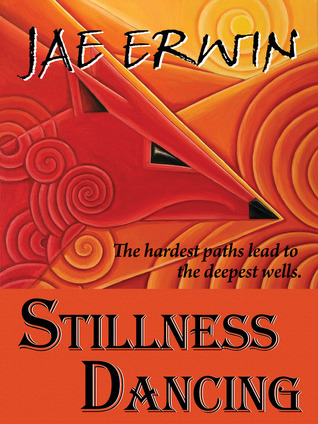 Lilliane has always been drawn by the desert — its emptiness, its eerie beauty and its people. When she takes the trip of a lifetime to a Bedu camp, she finds herself ensnared in a complex web of politics, blood feuds, terrorism and ancient spirits. Karim is trying to find his path in the material world and to marry the girl of his dreams. But his soul cries out for the spiritual path of his fathers. Lilliane’s and Karim’s stories collide in a forgotten, blood-soaked corner of Sinai. Brutalised, captive and bereft, they must find their own ways to survive. A taut, unusual thriller set in the fascinating world of the modern Bedouin, Stillness Dancing shows us that the hardest paths can lead to the deepest wells.

An e-book copy was given to me by the author for an honest review.

It's such a hard thing for me to rate and review this book. On one hand it was nothing I've been looking for, after reading the blurb I was eager to read about a lot of action and the characters investigating and examining their surroundings and solving some mysteries without the help of the police. Unfortunately my idea of the book was far from the real thing.

So, the story wasn't that bad but unlike other reviewers I don't think it was full of mysteries and shocking things, actually it was a bit boring, they got captivated after half of the book! I mean I can see how necessary the background story of Karim was, or how we have to see the background of the captivators, ergo the whole picture together but couldn't the author make it somehow more exciting because reading about Lilliane's and Lauren's journey from detail to detail, wasn't too fascinating. At all.

The political background was pretty well written, how all the villains of the story connected together was incredible. I liked that the story showed us that even good people do bad things, for a lot of reasons obviously but mostly because of revenge or wanting the greater good.

The romance was a very little thing and after finishing the book, I'd rather not have it at all. It was so unnecessary for the plot, it wasn't an insta love but we sure as hell couldn't see any spark or connection between these two, besides being interested in the same spiritual thing.

This story wasn't happy but it sure as hell wasn't as frustrating as I thought it would be, don't misunderstand me I don't love when the characters suffer but in my opinion if they have to suffer, like when someone is captivated, the author should paint down their suffering more expressively. A lot of horrible and disgusting things happened to these people while they were held but for me all those things were just written down words.

The spiritual thing got a big emphasis which wasn't clear from the blurb and sadly it failed to fascinate me. My biggest problem was that it wasn't really explained, I usually don't like this kind of stuff but because of this I couldn't give a real chance to this subject. In the end the spirit or curse at the cave was supposed to be this grand subject of the whole story, a dramatic closure but for it was plainly boring and untold.

Unfortunately they weren't anything special to me but all of them had some definitely great qualities.

Lilliane's enthusiasm to the desert was pretty cute sympathetic and her compassion towards the Bedu people and all the poor was really deep and whole-hearted. I liked that she didn't collapsed after they survived and stood up for what she wanted even if it sounded crazy to her brother.

Lauren was one of the strongest characters of this book, I liked that she encouraged the others at the first period of their captivation, until something terrible happened she didn't give up, not for a moment.

Karim was an amazing character. In the past he was thought to always choose the good path but there was a time in his life when the barrier between good and bad thinned because of love but even then he never failed to be a good person.

The other secondary characters were really good as well, like Jamil, Nour or Nasser but again there was the issue of not explaining things properly. The main concept of the book is the captivation so it was important why did it happen and who's idea it was. Why the hell did Mohammed married Sue in the first place? And please if Lilliane could make Sue shut up, why couldn't he?

After everything, I still don't know what to do with this book, it took a lot of time for me to read it and some parts (mainly in the beginning) were totally boring and unnecessary.