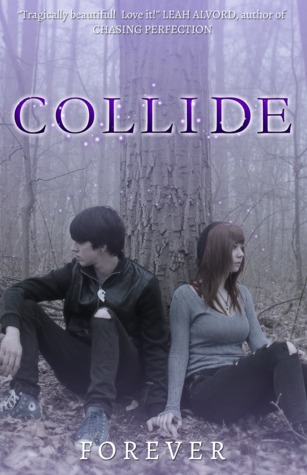 Fated to love. Fated to break. Fated to die.
As a loner his entire life, Shay Pearce feels abandoned and left for dead. Being stabbed in the back more times than he could possibly count has left his trust broken beyond repair. However, all of that threatens to change the moment he meets Avalon. She’s flawless, friendly, and incredibly talented at breaking through Shay’s defenses—which drives him absolutely insane. But there’s something alluring about her upbeat attitude and playful sense of humor, and before he can stop himself, he’s falling for her.
When things take a turn for the worst, Shay discovers more about his world than he could’ve imagined in his wildest dreams. There’s far more to his existence than meets the eye. He knows one thing for sure: he has to fight the evil that haunts him. It’s the only way to save Avalon and finally get the vengeance that was always his. But some things were meant to be set in stone. If the course of fate cannot be altered, can Shay be saved…
…from himself?

I received a digital copy in exchange for an honest review
I wouldn’t say this book is flawless but it’s really good, even better considering how young the author is. Honestly this totally caught me off guard. I forgot what this is about and when I read the blurb again, I thought: damn, this will be horrible. Then I started and it wasn’t bad, not at all! Even if the story wasn’t always what I hoped for it sucked me in and didn’t let me go until the very end.
Maybe a lot of people don't know this but I read that Forever worked with everything what this book consists of starting with writing it to the cover, maybe you think this isn't a big deal, every author works a lot with a book which is true. BUT most authors aren't 17 and still in high school so I'd like to congratulate her because I'm seventeen too and I can't even imagine writing a book and fighting for it to get published while learning to go to university, she must be a really amazing person. So I'm really sorry about the critique I'm going to write about her book.

I don’t want say a lot about it, the blurb tells us all we have to know and I don’t want to spoil anything. The whole idea was really good, there were a few clichés here and there but I always thought if you use a cliché well you can make something wonderful out of it.  I loved that there was a real mystery in this book that doesn't crash down like a house of cards. When you look back to the story, it makes sense; not like in many other young adult books. All of the questions a reader may have were answered.

The romance... I wouldn’t say I hated it but it was weak for me. Throughout the book I couldn’t connect with the characters and I could never relate to their feelings. How Shay and Avalon got together then broke up then rewind this back again and again was so damn annoying and how quickly they could move on was making me so furious. This would have been okay if it was “just” a teen romance but considering their past and all that’s said and done in the novel, I think the author wanted to make the semblance of a strong relationship between these two.

Shay: He wasn’t actually whiny but there were a few parts where he didn’t feel sorry for himself. Okay, he had an abusive father which was really-really bad – however the father’s personality didn’t quite add up for me, sometimes he was even kind, people like him are never kind, besides in public – but he had friends, for goodness sake he had a best friend who would have done anything for him, considering these things he was luckier than a lot of people.
Avalon: Again I couldn’t relate to her, she wasn’t that bad though and I can get that her life was an especially hard one but how could I like her if she fell for a guy the same day her boyfriend died? I couldn’t get her and considering what we learnt about her I think she should be much more mature.
I usually try to write about at least five characters but the others didn’t really make any impression on me.
There were a little bit too many strange names in this story, one, two or even three is okay but this many in one group of friends?

I’m giving three stars but I feel bad about it because this story was so much better than other popular young adult novels for example Finding Sky or My Blood Approves and I know it should have more readers. I can't give more because this just couldn't reach the level of other books I gave four stars to. I am quite critical so this is why I think a lot of people would like this and I've already read how much others could relate to the characters so maybe the problem's with me but anyhow I'd recommend this to those who like fantasy and romance together and who won't back away from a little blood.

Will I read other books of Forever?
Definitely. :)