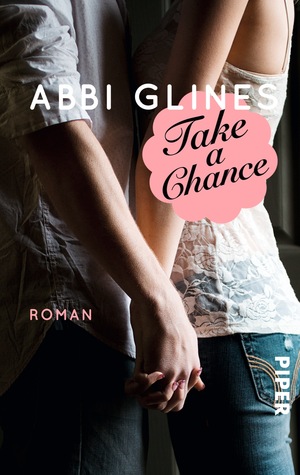 When Harlow Manning's rocker father goes on tour, he sends her to Rosemary Beach, Florida, to live with her half-sister, Nan. The problem: Nan despises her. Harlow has to keep her head down if she wants to get through the next nine months, which seems easy enough. Until gorgeous Grant Carter walks out of Nan's room in nothing but his boxer briefs.

Grant made a huge mistake getting involved with a girl with venom in her veins. He'd known about Nan's reputation, but still he couldn't resist her. Nothing makes him regret the fling more than meeting Harlow, who sends his pulse racing. Yet Harlow wants nothing to do with a guy who could fall for her wicked half-sister even if there are no strings between Grant and Nan. Grant is desperate to redeem himself in Harlow's eyes, but did he ruin his chances before he even met her?

I can't believe the end of this book.. no, just noo. I didn't see the twist at first and one moment everything was okay but then casually started to think about her secret and I was like: Are you serious, girl? I knew Grant would flip when he gets to know this because he was such a baby in this book but saying what he said in the end? What is wrong with you, man?
Okay. Calm down. Calm down. Deep breath.
This book was a little bit weak; it was the usual Abbi Glines, Rosemary Beach stuff. My problem is that in this series nearly every book is the same. There's a girl who seems fragile but actually is really though and there's the boy who's a manwhore while the girl's pretty innocent. Oh, and there must be tons of family issues. I was relieved in Twisted Perfection we didn't have to deal with 's shit but in Take a Chance we got it twice as bad as in the Fallen Too Far Series.
I loved that we could see the life of the characters from the previous book, like Blaire and Rush with their son, they were such a perfect family every child should have parents like these two.
Woods and Della were as lovely together as ever… favorite part of them:

“If you want to leave early, I’ll find a way,” Woods replied.Della stared up at him and smiled brightly.
“No. We stay. You can’t leave early.”Woods leaned down to her ear.
“I do what you want to do.”Della pressed a kiss to his cheek.
“I want to stay.”
“Liar.”

I still hate Abbi a little for taking away Jace, he was one of my favorite characters, better than Grant, that’s for sure.

Nearly three months ago Harlow and Grant started to become something, they weren't in a relationship but were very close to it. The night when Harlow lost her virginity to Grant he got a phone call and had to go back to Rosemary immediately so he left the poor girl behind. The night of Jace’s funeral he had too many drinks and had sex with again. After this incident he tried to call but couldn't reach her, he thought that's because he fucked up everything and he won't have another chance.  Three months later Harlow gets sent to Rosemary Beach where she has to live with and guess who she meets with one morning in their kitchen, just getting out of the bitch's room? Grant. He wants to set things straight but he isn’t sure that he can handle a relationship. Yep, a little baby.
Okay so first, I'd like to tell you how much I adored Grant in the previous books and I could totally get the thing. She is a manipulating bitch who wrapped him around her fingers because she needed someone who she could whistle for when she couldn't get ahold of Rush. Nobody ever needed Grant so when he saw how much feels rejected by Rush he became her savior and started a relationship with her. He mistook love for desire which is totally acceptable if we see how fucked up his family is.
BUT when he was with for a while couldn't he think with his brain for once? It's obvious he realized that Nan is nothing compared to Harlow; still he went around fucking her even if he knew if Harlow will know about this she'll get hurt. Okay, fine sleep around if you’d like to but aren't there more than enough chicks around who just want to get laid?

Aww I love these two together… or maybe not so much? Grant made mistake after mistake and in the beginning he kind of cheated on her… still kept forgiving him again and again… Grant could do anything he always wanted to forget it, two minutes after it happened… and was completely sure that she’ll forgive him. What the hell is wrong with these people?
When Grant started to fight for her and decided he’ll go with them to LA, I thought: finally he will make some efforts, but no… they got on the plane and after they talked like two sentences they quickly had sex because that covers up a relationship, right? I

Grant: He didn't become my favorite hero that's for sure. Nearly to the half of the book he was so weak and whiny. Boy, what are you whining about? You could have gone to and ask her out... that easily. I mean I can totally get that after he saw how one can be broken by losing someone he didn’t want to feel that way, ever. He made a fucking decision but then pretty please don't complain all day and don't try to stop the girl from moving on. The worst part was when went on a date with Adam, and what Grant did? Guesses, please? He did a threesome, because that's how it’s done! He was completely jealous of them going on a date but him fucking two girls? No prob.
He was so damn selfish, let him take her virginity, the next day he went away and where did they meet after? At Nan’s after listened to him fucking him at night. Most of the time I just couldn’t feel sorry for him, in the Fallen Too Far Series there were times when Rush fucked up big time but even then he was still really likable.

I have one HUGE problem with Abbi Glines. She ruined Grant because he was nothing like this in the Fallen Too Far books. He always cared about others, deeply. In this book Blaire recalled the day when she first came to Rosemary and when she woke up the tank was full of gas because Grant always wanted to fix everything, even a girl who nearly shot him. Maybe the author likes bad boys so much more but this was more than I could handle... Grant was a complete ass a lot of times and his character seemed like the Glines add Rush and Woods together, nothing new.

Harlow: She was such a sweetheart; she couldn’t even hate as hard as she deserved to be hated. She had some serious trust issues because in the past lots and lots of people wanted to get close to her because of her father.
Okay so she was kind of perfect… in theory. In reality I couldn’t connect to her, I mean all the feelings of the book came through but for some reason she felt a little bit cold.

“Taking chances had never been my thing. I wasn’t a risk taker. I was careful. I didn’t get hurt. I protected myself. I had walls. Grant had made it past my walls once. Letting him in again was asking a lot.”

Mase: I want minimum one book for him, he was such an amazing brother even if we knew he rarely meets with . He came to defense her against Nan and moved into the house even if he knew what a bitch is.

“My brother was here. He was moving in with us. All three of Kiro’s kids living in one house. This was going to be . . . a disaster.”

“Good. But if I’m wrong, you just say the word and I’ll rearrange his face for you.”

"My advice is to stay the fuck away from [Grant]. Guys that weak aren't the ones worth sticking around for. When a guy gets the attention of someone like you, he's supposed to understand his luck. Not toss it away. He doesn't get it. Find a man that understands your worth."

: I hated her before but not like this. She didn’t know where the limit is and didn’t care about anyone but herself. I hoped that we’ll see some development in her personality for example warming up to Blaire or being a little less bitchy, yeah good luck with finding this. She isn’t even a good villain, she’s so stupid she can’t even form a normal statement when she argues with someone. Even if everyone in this book says how incredibly beautiful she is I can’t imagine her that way, she’s a hysterical little girl who should be sedated.
I just hope the next book won’t be about her little games because in this one she pissed me off, if I’d ever meet with her I’d slapped her hard. I couldn’t feel sorry for her because she got beaten up, it’s like when I couldn’t give a shit when she had the accident.

I liked that in this book we could get a better look into Kiro’s life. I was really surprised what I’d seen there, God I have to give credits to the man… he’s far from heartless.
By the way, I’d just love to read a Dean, Rush, Blaire, Nate novella or something.

“Three kinds of women in this world. The kind that suck you dry and leave you with nothing. The kind that only want a good time. And the kind that make life worth a damn. That last kind . . . the right woman’s the one who gives as much as she takes, and you can’t get enough. She’s the kind . . . if you lose her, you lose yourself.”

It can be read as a standalone but I highly recommend reading the other books in the Rosemary Beach Series. :)

PS: Maybe the author should stop with this series if she doesn't have new ideas. I love these characters to the moon and back but there's so much time I can take reading about the same type of characters.